The agreement foresees that the General State Administration will cede, in the first phase, the premises located in front of the research center and, in the second phase, the two adjoining premises, which will become spaces for scientific dissemination. 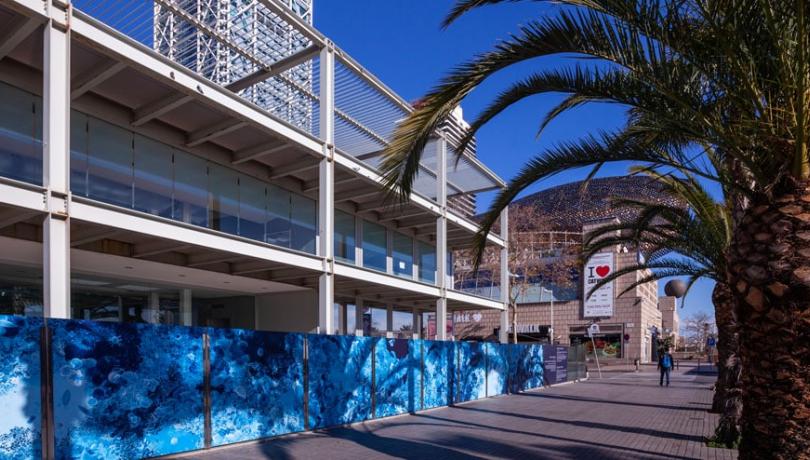 The new spaces will be used for scientific dissemination and citizen participation activities / ICM-CSIC.

The Barcelona City Council and the Consejo Superior de Investigaciones Científicas (CSIC) have approved a collaboration protocol to promote a project to expand the research areas and, specifically, the facilities of the Centro Mediterráneo de Investigaciones Marinas y Ambientales (CMIMA), located at the Barceloneta Maritime Promenade, 37-49, which includes the Institute of Marine Sciences and the Marine Technology Unit.

Both institutions share the desire to generate in this space of the seafront, now focused on leisure, new uses for scientific dissemination and connection between science and citizenship. Therefore, they want the new space linked to the state research institute to be characterized by its strong emphasis on knowledge transfer and public outreach activities, especially on topics related to the marine environment.

This protocol responds to the agreement signed between the President of the Government and the Barcelona Mayoress, on February 7, 2020, to promote the cultural and scientific capital of Barcelona and also to the will to continue developing the city of Barcelona as a first level scientific pole.

In turn, this ambitious project to expand the CSIC facilities, develops the Government Measure of the "Barcelona Science Plan 2020-2023", approved in the Municipal Plenary in June 2020, which is committed to promoting urban projects that catalyze research and innovation activities in the city. It is also in line with the mission of the CSIC, which, as the State Agency for Scientific Research and Technological Development, foresees, among its functions, to promote scientific, technological and innovation culture in society, fostering the research vocation.

Specifically, the project foresees that the General State Administration (AGE) will cede to the CSIC the premises located right in front of the Mediterranean Center for Marine and Environmental Research (CMIMA), occupying a final potential surface area of 4,330 m2, in a project that would be developed in two phases.

The first phase will be developed in the premises located just in front of the CMIMA, of 2,565 m2, located in Paseo Marítimo de la Barceloneta, 51, with the intention of immediately starting the provisional use of the space while the project and the tender for the works progresses. The agreement contemplates that, once the first phase has been successfully completed, the project can be extended to the other two adjoining premises, measuring 690 m2 and 1,075 m2, respectively. These spaces would also be used to promote the scientific culture activities of other CSIC institutes in Barcelona, its metropolitan area and Catalonia, with the aim of fostering scientific knowledge among the public.

To be able to move forward and to make this agreement concrete, the City Council is committed to make available to the CSIC the preliminary project of works promoted by the Office of the Coastal Plan and the financing of the project and the works to start its use by the research center.

The CSIC’s first commitment assumed is to initiate the procedures to make effective the transfer of the premises and the change of ownership from the AGE to the CSIC, and to take charge of them, in order to be able to then commission the necessary projects for the adaptation of the premises.