The documentary "Tales of global change", about the change management in the Ebro delta, arrives to our screens 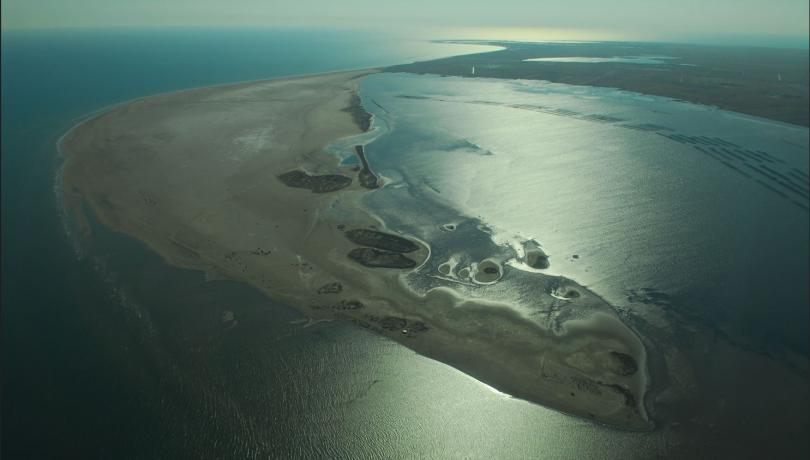 The Ebro delta is a dynamic ecosystem where changes occur at an accelerated rate / Jordi Camp.

The Institut de Ciències del Mar (ICM-CSIC), together with the science outreach platform La Ciència al teu Món, have given life to the documentary "Tales of global change. Chapter 1: The Ebro delta", which analyzes the changes experienced by the Ebro delta during the last decades.

The film, to be first screened on September 24th at the Sixto Mir Auditorium in La Ràpita (Catalonia) as part of the "Jornades Culturals" organized by the municipality, focuses on how the delta inhabitants are managing these changes. They have experienced them in first person, and use the documentary to explain their thoughts, giving rise to a deep reflection on the current and future situation of this unique place.

"It is a documentary on global change focused on its daily management by those who perceive it most and lends itself to a profound debate on our attitudes about it," states the ICM-CSIC researcher and scientific director of the documentary Jordi Camp.

The Ebro delta, a special case

The film, funded by the Spanish Foundation for Science and Technology (FECYT) and the ICM, presents the Ebro delta as a dynamic ecosystem in which different groups interact with each other and present conflicts and individual interests that allow us to understand the past and present of the region, as well as its future possibilities.

The Ebro delta, like other deltas, is considered an excellent laboratory for the study of global change, since impacts are felt here at an accelerated rate. Specifically, it is estimated that the evolution of climate change is an order of magnitude faster in the Ebro delta than in other parts of the Catalan coast, which requires constant action, always taking into account the scientific evidence.

"A dynamic ecosystem such as the Ebro delta allows us to make the analogy of representing its different groups and interests through its actors as part of this ecosystem. The docu-reality format we have chosen offers the viewer a participatory experience and fosters a discussion on decision-making based on scientific evidence", points out Roberto Torres, the documentary’s director, from La Ciència al Teu Món.

Through the stories told by the documentary’s protagonists, the viewer can connect with the evolution of the territory and the deltaic society during the last half century, as well as with their adaptation to the ever-changing local conditions, which began long before there was any mention of climate change.

The testimonies narrate their experiences in a simple and direct way, so that they can serve as an inspiration to others to face global change. In addition, these are complemented by the contributions of experts from the ICM-CSIC and the UPC, which provides a global vision of the problems faced by areas particularly affected by global change, such as river deltas.

"In this documentary, the delta speaks through its people from the perspective of living with the changes and how to manage them with an eye to the future. We have counted with the collaboration of wonderful people who have opened their personal relationship with this emblematic spot", concludes the ICM-CSIC researcher and scientific director of the documentary Esther Garcés.