Recent studies reveal that invasive species that have crossed the Suez Canal as a result of both climate change and human activity are causing very serious ecological and socioeconomic impacts in the Mediterranean. 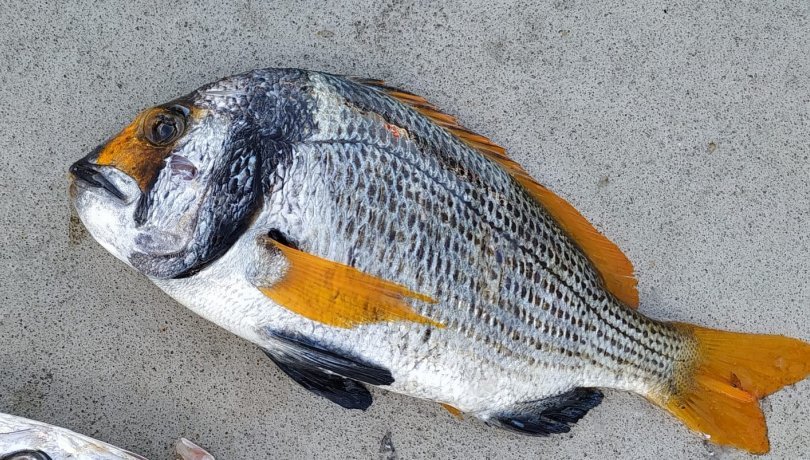 Last November, a specimen of the tropical species Acanthopagrus bifasciatus was found in the breakwater of the port of Barcelona. This was the second confirmed observation of this species in the Mediterranean Sea, since it had been already seen in Tunisia in 2014. Experts suggest in a new study that the specimen could have reached the Catalan coast through maritime traffic and that it is unlikely that this species has settled in the Mediterranean due to the lack of records.

This is the main conclusion of a study published a few days ago in the journal BioInvasions Records. The document includes a description of the external characteristics of the specimen found in Barcelona, ​​which is the first record of the species for the northwestern Mediterranean.

"Since there is just one record in Tunisia 6 years ago, we believe that it is unlikely that the species Acanthopagrus bifasciatus has an established population in the Mediterranean, so it could have reached this point through maritime traffic", explains Alfredo García de Vinuesa, a researcher at the Institut de Ciències del Mar (ICM) of Barcelona and lead author of the study. García de Vinuesa adds that "the most plausible hypothesis is that the specimen came from the Red Sea”.

The researcher warns of the danger of other invasive species being introduced into the north-western Mediterranean through maritime traffic and points out that “this finding is a wake-up call to the administration, which should review the maritime traffic protocols and raise public awareness of imbalances in native populations that may be caused by the introduction of invasive species".

The finding of this specimen of Acanthopagrus bifasciatus in Barcelona was completely fortuitous, as it was found by a man who was practicing spearfishing near the port area of ​​Barcelona. As a result, the study authors have warned some spearfishing associations to report the presence of this or other potential invasive species.

Recent studies reveal that invasive species that have crossed the Suez Canal as a result of both climate change and human activity are causing very serious ecological and socioeconomic impacts in the Mediterranean. Among the best known are the rabbitfish (Siganus luridus and S.rivulatus), the Lagocephalus sceleratus, a species of extremely poisonous pufferfish, and the common lionfish (Pterois milers).

The average temperature on Mediterranean waters is much lower than that on the Red Sea, a seawater inlet of the Indian Ocean lying between Africa and Arabia. Thousands of species find refuge in these basins, each adapted to different conditions. Tropical affinity species are found in the Red Sea, while those in the Mediterranean are used to live in colder waters. “However, since the opening of the Suez Canal, tropical species have begun to be detected in the Mediterranean -especially in the eastern part of the basin-. Now, due to global warming, most of them find better conditions in the Mediterranean”, concludes ICM researcher and co-author  of the study Antoni Lombarte.