The genomic resources developed by the researchers will help identify genetic factors involved in the response to rising water temperatures, which will provide new means for the species conservation and restoration. 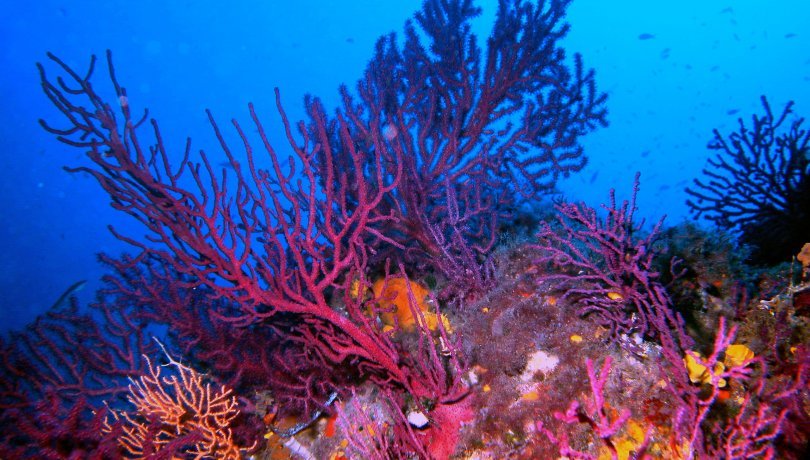 The Mediterranean Sea is not only recognized as a hotspot of biodiversity but also as a hotspot of climate change since its basin is warming faster than other ocean regions. In the past few decades, large scale mass mortality events linked to marine heat waves have been reported over thousands of kilometers of coastlines, affecting tens of marine invertebrates.

Among these species, the habitat-forming octocoral, Paramuricea clavata, lives in temperate rocky habitats between 15 and 200 meters deep and plays an important ecological role acting as an ecosystem engineer.

An international research team including researchers from the Institut de Ciències del Mar (ICM), the Centro Interdisciplinar de Investigação Marinha e Ambiental (CIIMAR) and the Centro Nacional de Análisis Genómico (CNAG-CRG) has now sequenced the genome of this habitat-forming octocoral, which will allow characterizing the different responses of the species to rising water temperatures. This will provide new means for the species conservation and restoration.

“Our objective was to sequence the genome of the Mediterranean red gorgonian to provide the genomic resources needed to study its eco-evolution in the context of climate change and, ultimately, to improve its conservation” states Jean-Baptiste Ledoux, from the CIIMAR, who has led the research.

The details of the investigation are collected in a scientific article published this week in the specialized journal Genes, Genomes and Genetics. “To put together the coral’s genomic puzzle, we used a combination of two DNA sequencing technologies that are the workhorse of genomics research”, remarked the CNAG-CRG researcher Tyler Alioto, who led the genome assembly and annotation effort using sequencing data produced by the CNAG-CRG sequencing unit, headed by the researcher Marta Gut.

This information, together with the experimental and field data on the species response to thermal stress, allowed the researchers to see that the resistance of the gorgonians to these extreme thermal events is determined by genetic factors.

“Interestingly, field surveys following the mortality events demonstrated that individuals and populations of the same species are affected to different extents, which suggests that perhaps genetic factors may determine the resistance to extreme thermal events”, exposes in this regard Joaquim Garrabou, from the ICM.

From the researchers, the new genomic resources will shed light on the ecology and evolution of the red gorgonian in the context of global warming. Moreover, they will allow characterizing genomic regions involved in the response to thermal stress, which may be used to identify warming-resistant individuals to be used for the restoration of depleted populations.

The authors of the study assure that taking into account that very little information is available on other genomes of cnidarians - the group to which the gorgonians belong -, especially regarding temperate water species, having these genomic resources is key for addressing other issues ranging from developmental biology to the evolution of animal diversity.

“The genome sequence we produced for Paramuricea clavata is particularly interesting considering that most of the genomic efforts to date are focused on tropical corals. Moreover, this strengthens the position of Mediterranean red gorgonian as a model species for studying the impact of on-going warming and, in the meantime, it broadens our understanding of the issues linked to the eco-evolution of marine biodiversity in the Anthropocene”, concludes Ledoux.

This project was conducted in the framework of the MERCES project, an European Union's Horizon 2020 research and innovation program dedicated to the restoration of European marine ecosystems.