Science is not immune to racism either

Racial aggressions have historically existed in the scientific field and eradicating them is the responsibility of each and every one of the people who are part of it. 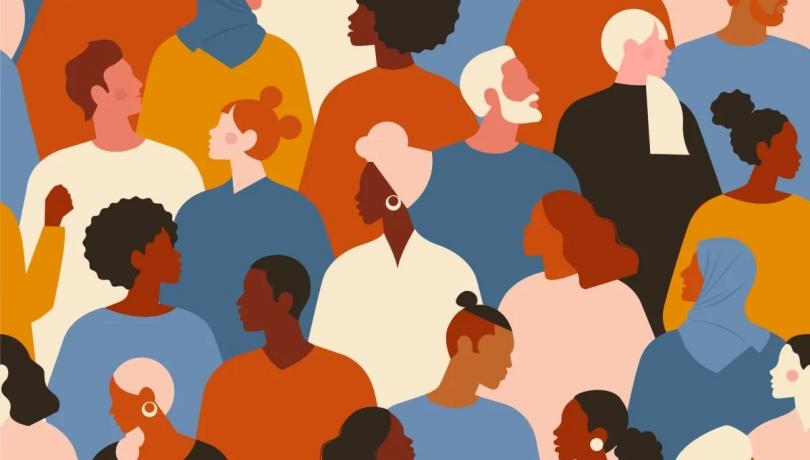 Racial discrimination or racism refers to any distinction, exclusion, restriction or preference based on race, colour, descent or ethnic or national origin that has the purpose or effect of invalidating or impairing the recognition, enjoyment or exercise, in equal situations, of human rights and fundamental freedoms in the political, economic, social, cultural or any other field.

In this context, it is worth mentioning microaggressions, which underlie any type of racism. These are brief and daily verbal or behavioural humiliations, voluntary or involuntary, that express hostile, contemptuous or negative attitudes towards people of colour.

Recognizing this type of aggression is key, since they are the most common and difficult to identify, and they occur daily in the workplace. However, before them, it is recommended to avoid confrontation, act assertively and report the situation, either by the victim or by a witness. Indeed, the burden of reporting these microaggressions should not fall solely on the attacked person, since the fact that they occur is everyone's responsibility.

Is there racism in science?

If we consider science a hierarchical and classist academic-labour structure, we can say that it is not exempt from racism either. In fact, the scientific sector can be defined as a class sphere, since to be part of it is necessary to have completed higher education. This, in turn, implies a socioeconomic bias, being that in order to access to university studies is not so easy for social groups with fewer resources, often immigrants or people of colour, who cannot access this class system that is science.

Likewise, it is necessary to refer to the citations of names of Hispanic, Asian and African origin that are often undervalued in the eyes of Anglo-Saxon scientists. In this sense, the CSIC biologist Juan José Ibáñez recounts on the Madrid+d blog that, despite having spent many years researching in the United States and the United Kingdom, now that he does not live there, he has more difficulties publishing in high-impact journals. Finally, the editor of one of the most prestigious medical journals has come to publicly acknowledge that he doubts the quality of any work that is not properly written in English.

In short, science has never been free of racism, documenting countless racial attacks throughout history. Thus, for example, the British naturalist Charles Darwin used evolution and the scientific method to excuse racism in his book "The Descent of Man", in which he argues that black people and Australian aborigines are the same as gorillas and predicts that it is a matter of time, that they be "put aside" by the "civilized races". Likewise, the British believed that it was essential to prevent their "multiplication" so that they would end up becoming extinct.

These and other similar ideas were accepted in the society of the time as "scientific foundations". Among them, the studies of HeLa cells (1943), also known as immortal cells, which come from samples of tumour cells from the black patient Henrietta Lacks, stand out. Despite her death, her cells changed the course of studies in the field of carcinology, although they have never been released on a large scale. Another example of scientific racism is the case of the Tuskeegee experiment (1923-1972, Alabama), in which a doctor studied the development of syphilis in infected Afro-descendant men who were not treated despite the fact that there was already a treatment for it.

Finally, currently the development of new genetic engineering technologies such as the artificial selection of genes or their differential expression, added to the resurgence of Eugenics, which is the philosophy that defends the improvement of hereditary traits through various forms of intervention or selection, also pose an ethical dilemma.

But… is it ethical to decide on the life of others or to manipulate it? To what extent is it acceptable to manipulate genetics? What are the traits or characteristics of a “perfect” human being? The manipulation of biological laws to "improve" an individual collides directly with ethics, since, being modifiable, the "unsuitable" individual could be considered "defective" or inferior.

Racial discrimination in the ICM-CSIC

Racism is something that particularly worries the youngest profiles of the Institute. For this reason, recently the association of Young Researchers organized, with the support of the centre’s Equality Working Group, a debate entitled "Dear White people" that wanted to highlight the structural impact of these attacks in the scientific context.

At the end of the meeting, led by doctoral student Sandra Ramírez and postdoctoral researcher Felipe Hernandes Coutinho, a series of actions or "baby-steps" were proposed to try to improve the current situation. Among them are proposals such as the organization of readings of racialized poets and writers or the projection of films with racialized actors, actresses, protagonists and directors.

Likewise, during the meeting, the participants highlighted the need to design actions at a structural and intersectional level, either by collecting data on diversity and inequality, legislating against systemic racism, or through policies of historical reparation and accountability. And it is that, as the American activist Angela Davis said, "in a racist society, it is not enough not to be racist, you have to be anti-racist." This is the key to achieving a science without racism.

This text was written by: