The Gold Medal is the highest distinction awarded by the Catalan Government and will be officially conferred on 9 September within the framework of the National Day of Catalonia celebrations. 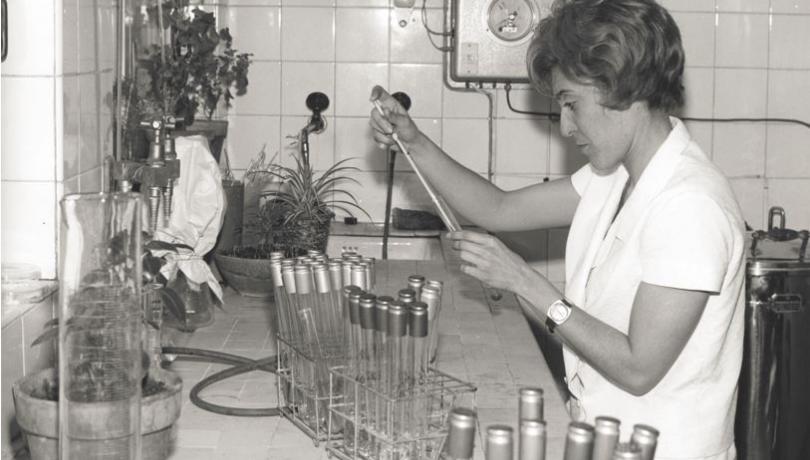 Castellví's passion for the study of bacteria in extreme environments brought her to the white continent / ICM-CSIC.

The Institut de Ciències del Mar (ICM) researcher Josefina Castellví, a pioneer of Spanish research in Antarctica, will receive the Gold Medal of the Catalan Government, the highest distinction awarded by this organism. The Generalitat has also awarded this year's Gold Medal to the activist and economist Arcadi Oliveres posthumously.

The oceanographer Josefina Castellví was a pioneer in scientific expeditions to Antarctica, where she worked tirelessly in the field of marine bacteriology. In 1984, together with Marta Estrada, another ICM researcher, and the writer and journalist Charo Nogueira, she was one of the first women in Spain to take part in an expedition to the white continent, where she later led, together with another ICM researcher, Antoni Ballester, the installation of the Spanish Antarctic Base.

"Apart from her scientific contributions, she is a person with a high capacity for organisation and management, and with a very sensible vision of human relations. I remember her as a valuable and tireless colleague in oceanographic campaigns, but also as an excellent committee chair or director of the Institute", states Marta Estrada.

In addition to the Gold Medal of the Catalan Goverment, which will be awarded on 9 September as part of the National Day of Catalonia celebrations, Castellví received the Creu de Sant Jordi awarded by the same institution in 2003 for her work as a researcher at a time when women had very little presence in laboratories except, as Castellví herself has explained on occasion, as "secretaries or assistants".

A lifetime devoted to marine research

Josefina Castellví y Piulachs began working at the ICM in 1960, then known as the Fisheries Research Institute, and was its director from 1994 to 1995.

Josefina's interest in the study of bacteria in extreme environments brought her to the white continent. There, she participated in the organisation of Spanish research in the Antarctica and in the installation of a camp on Livingston Island during the austral summer of 1986-1987 and, a year later, of the Spanish Antarctic Base Juan Carlos I, of which she directed from 1989 to 1993.

Castellví published more than seventy scientific papers and participated in 36 oceanographic campaigns. Apart from her scientific talent, the researcher showed excellent qualities as a research manager, which led her to become first the CSIC Delegate in Catalonia and later the Coordination Director of the CSIC Presidency.

In 2000 she retired professionally, but since then she has continued to be linked to the ICM and has contributed to the dissemination, study, research and defence of the environment and the Antarctic continent.