During these years, more than 3,600 people have been involved in the project, generating more than 16,600 observations, which endorses the trajectory of this great community of sea lovers. 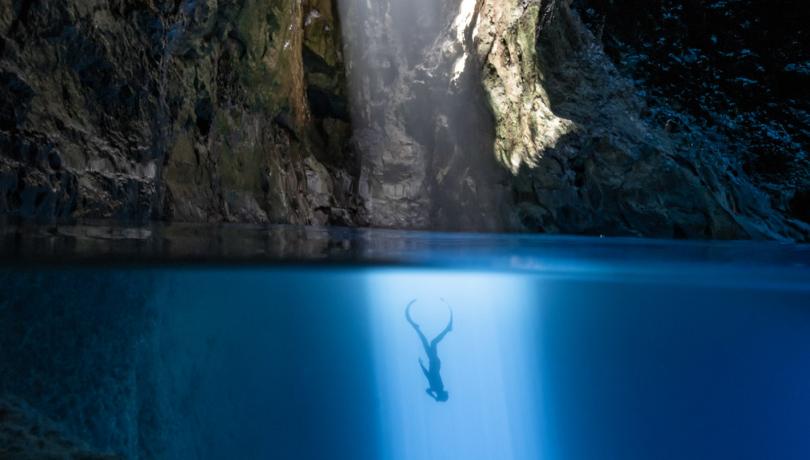 Since its creation in 2012, the platform has promoted collaboration between citizens and the scientific community / Victor de Valles Ibáñez.

'Observadores del Mar' celebrated its tenth anniversary today at the Institut de Ciències del Mar (ICM-CSIC) in Barcelona. More than a hundred people attended to this event that has served to present the milestones of the last decade and future projects and has ended with a concert by 'L’Últim Indi'.

Since its creation in 2012, the platform has promoted collaboration between citizens and the scientific community, involving a hundred researchers from more than 40 research institutions and more than 3,600 people who have generated more than 16,600 observations, which supports the trajectory of this great community of sea lovers.

Thanks to citizen participation, the expansion of the distribution of invasive species has been detected, such as the Caulerpa cylindracea algae towards the north of the Mediterranean or the arrival of the toxic puffer fish Lagocephalus sceleratus in the ‘Estrecho de Gibraltar’, the westernmost point of the Mediterranean in the that it has been sighted. Impacts of biodiversity have been early warn by this community, such as the massive mortality triggered by a pathogen in the populations of Nacra Pinna nobilis, an emblematic Mediterranean mollusc, or the impact of marine heat waves on red gorgonians.

The event was inaugurated with a speech by Josep Lluís Pelegrí, director of the ICM-CSIC, which was followed by two round tables with the participation of different representatives of the community of ‘Observadores del Mar’ (researchers, citizens, promoting entities, diving organizations). In the first round table, participants have reported their experiences and the achievements of the platform.

“It is a pride to see how in these 10 years the project has continued to consolidate and strengthen this collaboration network. When we started, there were very few citizen science projects in Spain. We were experimenting with different approaches so that both the volunteeres and the scientific community and the different participating entities could also join the initiative with ideas and proposals and make it grow and improve year after year” explained Elisabetta Broglio, creator and coordinator of 'Observadores del Mar ' until 2018.

For his part, Joaquim Garrabou, researcher at the ICM and current coordinator of the project, stressed that “keeping active ‘Observadores del Mar’ platform is a great success. For me, this has been possible thanks to having persevered and consolidated the idea of ​​‘Observadores del Mar’ as an open platform, as a meeting point to facilitate the deployment of the full potential of marine citizen science”.

The second round table has focused on the excellent moment in which the platform finds itself and the future challenges it faces. Specifically, emphasis has been placed on the large amount of data generated by the platform in the last ten years, which, together with other research, helps public administrations to make informed decisions based on scientific references.

‘Observadores del Mar’ is coordinated by the main marine centers of the CSIC (Institut de Ciències del Mar, ICM; Centre d'Estudis Avançats de Blanes, CEAB; Institut Mediterrani d'Estudis Avançats, IMEDEA; Instituto Español de Oceanografía, IEO; and Coastal Observation System of the Balearic Islands, SOCIB) and has the participation of experts from different national and international research centres. A hundred scientists are responsible for validating all the information that citizens upload to the platform.

Likewise, ‘Observadores del Mar’ is a partner of the LIFE INTEMARES project, coordinated by the Biodiversity Foundation of the Ministry for the Ecological Transition and the Demographic Challenge. In the Balearic Islands, the platform has an alliance with the Marilles Foundation, and in the Canary Islands it actively collaborates with RedPromar, to strengthen marine citizen science on all the islands.