A new study coordinated by the ICM and the IEO reveals the areas of the Spanish and French coast where there is a greater overlap of the different pressures. 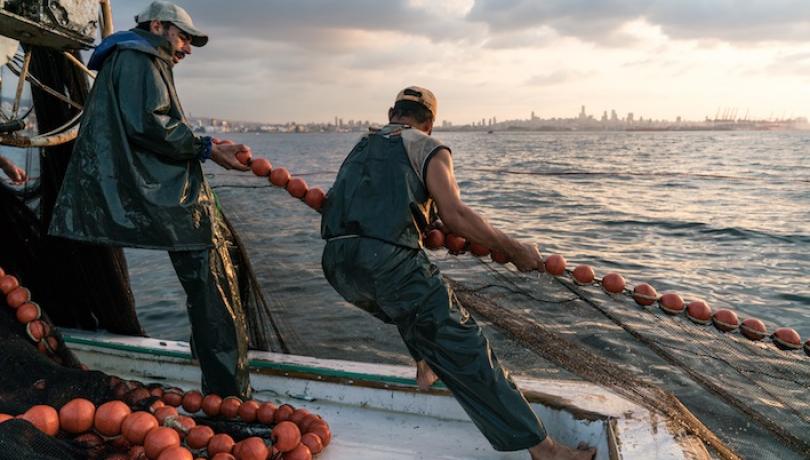 Sardines (Sardina pilchardus) and anchovies (Engraulis encrasicolus) are the most traded and consumed fish in the northwestern Mediterranean Sea, representing almost 40% of the region's catches. In recent decades, the combined impact of fishing and rising water temperatures, which has been particularly high in this Mediterranean region, has led to the decline of sardine and anchovy populations, compromising the sustainability of the stocks.

This is the main conclusion of a study by the Institute of Marine Sciences (ICM), the Spanish Institute of Oceanography (IEO) and Ecopath International Initiative (EII) published this week in the journal Science of the Total Environment. According to the study, the area of ​​the Spanish and French coast where the anchovy, and especially the sardine, are suffering the most is the northern Catalan coast and the Gulf of Lion, where there is a strong overlap of environmental and fishing pressure on these small pelagic species.

"Sardines and anchovies are especially abundant, but they show natural fluctuations in their abundance due to environmental changes. This, in combination with a high fishing pressure and unfavorable environmental conditions, can lead their populations to collapse", alert the ICM researchers and coauthors of the study Francisco Ramírez and Marta Albó.

In this sense, Marta Albó adds that "the increase in temperature derived from climate change greatly affects species such as sardines, which have a special preference for colder waters. For this reason, we believe that, in those areas with the greater environmental impact, fishing pressure should be reduced".

To carry out the study, researchers combined information on the abundance of anchovies and sardines in the western Mediterranean, with the environmental parameters that determine their abundance and the fishing pressure that face these populations.

"Knowing how the causes of the decline of small pelagic fish are distributed can help improve the management of these fishing stocks", states Francisco Ramírez, the lead author of the study. In his opinion, "to reverse the current situation, a series of management measures based on redistribution and reduction of fishing pressure are needed in those areas that have experienced the greatest environmental impact".

"It is not about suppressing fishing, but optimizing it by regulating and displacing it to ensure the conservation of resources", details the ICM researcher and coauthor of the study Marta Coll. She adds that, “to guarantee the sustainability of fisheries the first step is to improve the environmental conservation status, and to minimize the economic and social impact that management measures may have".

The goal is to relieve fishing pressure in areas where environmental changes have been most profound, to stay within the Safe Operating Spaces (SOS) of boundaries to ensure healthy and sustainably exploited ecosystems.

This term SOS first appeared in 2009 and was used to identify temperature increases or pollution levels, among other stressors, that should not be exceeded to preserve natural ecosystems. It has now been adapted to guide the management of ecosystems largely affected by climate change, including marine systems and associated fisheries.

According to M. Grazia Pennino and Jose Maria Bellido, IEO researchers and co-authors of the study, keeping small pelagic species within these SOS is key to increase their resilience to the climate crisis, that is, their ability to resist and recover from great changes. “This would make it possible to act locally to mitigate climate change effects, which seems, in the short and medium term, more feasible than reducing greenhouse gas emissions internationally".

In this sense, Ramírez regrets that "even in the best and less realistic of possible scenarios we cannot expect that the current trend of increasing ocean temperature will stop or be reversed. Therefore, we must try to minimize this increase and mitigate its effects, for example, by establishing SOS".

This research is part of PELWEB and PELCAT projects, aimed at investigating and managing the stocks of small pelagic fish in the Mediterranean. Additionally, the authors of the study are immersed in the European project TRIATLAS, which seeks to promote the sustainable management of human activities that affect the Atlantic marine ecosystems.

Within the framework of this European project, the researchers will use this same methodology, which has allowed them to identify areas of the Spanish and French coast with an overlap of the different pressures on small pelagic fish, to study the conservation state of other areas of fishing interest in the central and southern Atlantic.