The ICM and the Fishermen's Association of Palamos are working together in a study funded by the Diputació de Girona to assess the impact of different models of trawl doors on the seafloor. 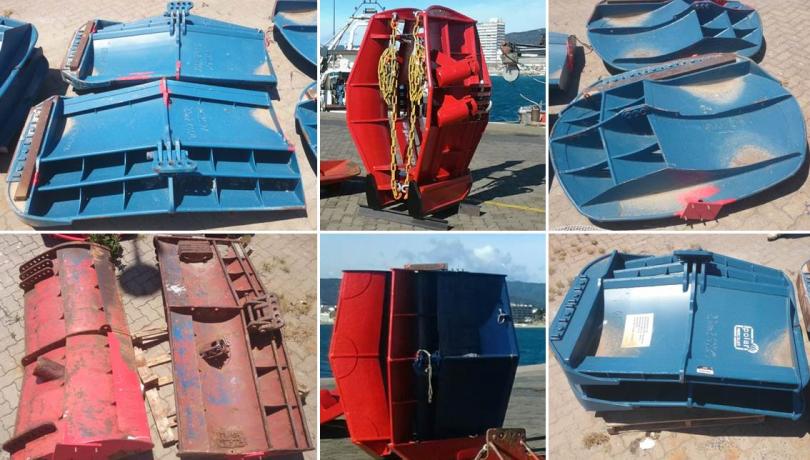 The ICM and the Fishermen's Association of Palamos are working together in a study funded by the Diputació de Girona to assess the impact of different models of trawl doors on the seafloor.

The results of a study recently published by scientists from the ICM and the Universitat Autònoma de Barcelona (UAB) warn that the loss of sediment caused by the trawl doors in the submarine canyon of La Fonera (prawn fishing area in Palamós) has increased during the last years. The work, a comparative analysis of sediment cores from the canyon in 2002 and 2011, concludes that the natural sedimentation rates have been altered since trawling was industrialized in the early 70s. Due to this as well as to constant technical changes in boats, sedimentation rates over the past decade are ten times higher than the natural rate (2.4 centimeters per year, compared to the natural 0.25 centimeters per year).

Pere Puig Alenyà, researcher at the Department of Marine Geosciences of ICM and leader of the study, explains that "the trawl doors rise the surface sediment particles and transport them deeper, and also remove the small organisms living in the sediment, which are the basis of the food chain in the deep sea. This action, if not controlled, causes a long-term loss of fine and soft sediments, rich in organic matter. In consequence, the seabed in the studied fishing area becomes impoverished and compacted. "

The findings of this study are based on the comparison of the distributions of the concentrations of lead-210 in sediments. "This radioactive isotope allows the estimation of the sedimentation rates of the last 100 years, and is a useful tool to determine the changes in time of sediment flows caused by trawling activities," added Pere Masqué, researcher at the Department of Physics and the Institute of Environmental Science and Technology of the UAB.

Project to replace the trawl doors

In order to mitigate this ongoing impact on the fishing grounds, the Fishermen’s Association of Palamos is undertaking a project of unification and replacement of the trawl doors of the red shrimp fleet in collaboration with the ICM. The trawl doors are iron plates used to drive the fishing nets and to keep them open, and are in permanent contact with the seabed. They are the main responsible of the resuspension of the sediment surface.

This project is framed in the regulation plan of the prawn fishery in Palamós, which specifically refers to the adoption and regulation of one fishing tecnique able to reduce the impact of the activity on the marine substrate, among other aspects.

The experiment used to test, in situ, different models of trawl doors on the fishing grounds of San Sebastian after a two-month ban period, using a single boat to remove the influence of the activities of the rest of the fleet. To assess the magnitude of the effects caused by the different trawl doors, it was dragged the sea floor at 980 meters deep, just below the fishery. The anchor, equipped with several sensors, recorded variables such as changes in water turbidity and flow velocity, both caused by the effect of trawl doors on the seafloor. The collected data, together with the stability and the opening capacity of each trawl door, will be taken into account to choose most sustainable fishing model for the red shrimp.

The tests, already finished, have been a crucial step prior to regulation and / or adoption of a particular model of trawl door. "This project has allowed us to continue the work initiated by the fisheries in Palamós in 1998, consisting in the implementation of trawl doors with a hydrodynamic design and less impact on the bottom", explains Francesc Benages, responsible of the Fishermen’s Association of Palamos.

Picture: A trawl net, with the location of the trawl doors (porta, in the image) and the sediment resuspension on the sea floor.