The meeting served as the first contact between the new president, Eloísa del Pino, and the directors of the CSIC centres in Catalonia. 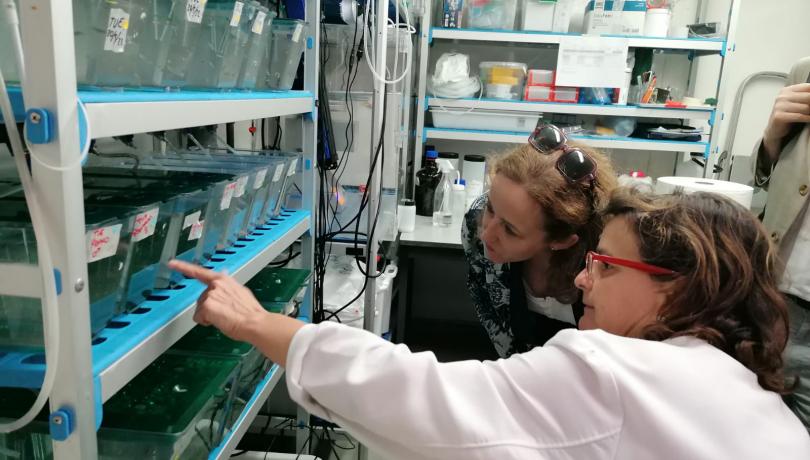 The president was interested in the research developed at the ICM-CSIC.

Eloísa del Pino, the new CSIC president, visited yesterday the Institut de Ciències del Mar (ICM) in Barcelona, where she met with the centres’ scientific teams. The president was accompanied by the CSIC Institutional Delegate in Catalonia, Lluís Calvo; the ICM director, Valentí Sallarès, and the management team of the centre; and by the CSIC Vice-Presidents for Organization and Institutional Relations, and International Relations, Carlos Closa and Javier Moreno, respectively.

Afterwards, he met at the same headquarters with the directors of the centres and institutes of the organization in Catalonia in order to learn about their activity and to inquire about their future challenges.

Yesterday's meeting was the first contact between the new president and the CSIC centres in Catalonia. Eloísa del Pino was appointed president of this organization on June 21 by the Council of Ministers. Del Pino succeeded the chemist Rosa Menéndez, who spent almost five years at the organization’s forefront.

During her visit to Barcelona, the president also signed an agreement with the Barcelona City Council. The agreement aims to promote a project to expand the facilities of the Mediterranean Centre for Marine and Environmental Research (CMIMA), which includes the ICM and the UTM.