It allows to improve predictions on how marine microbes interact and could be applied to studies on climate change, bioremediation, and also to other fields such as medicine or agriculture. 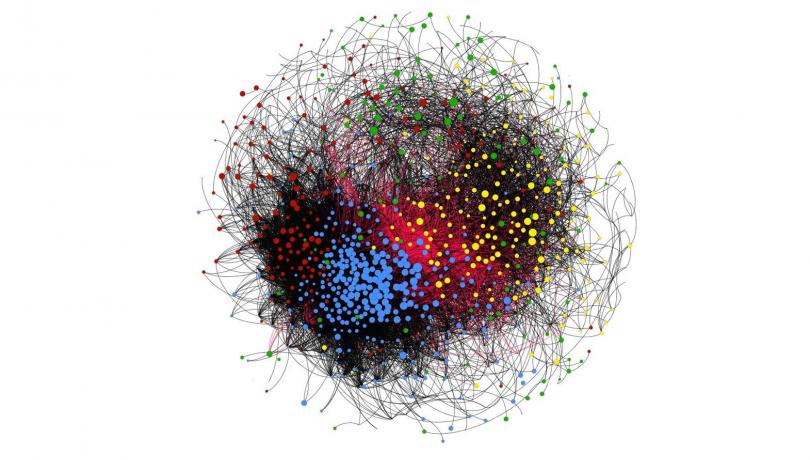 Microscopic ecological interactions are largely unknown because it is difficult to work at such small scales / ICM-CSIC.

A group of researchers led by the Institut de Ciències del Mar (ICM-CSIC) in Barcelona, in collaboration with experts from the Rega Institute in Belgium, the University of Oslo (UiO) and the Spanish Institute of Oceanography (IEO), has developed a tool called EnDED that helps to better understand the role of the environment in the prediction of microbial interactions in the ocean, which sustain the functioning of most marine ecosystems.

EnDED, recently published in the journal Microbiome, allows improved predictions of possible microbial interactions in the ocean when applied to association networks constructed from molecular data extracted from marine samples.

Molecular data enable the identification of the organisms participating in microbial networks, where lines linking two or more species indicate a possible ecological interaction. For example, if a protist and a bacterium appear connected in a network, this could indicate a parasitic relationship.

"The tool tries to improve our predictions of connections in microbial networks, which are are similar to social or electric networks. The main difference is that the connections represent potential ecological interactions between marine microbes through mechanisms such as symbiosis or parasitism", explains the first author of the study, Ina M. Deutschmann, who recently completed her PhD thesis at the ICM-CSIC.

Applicability to all kinds of environments

The new methodology is applicable not only to the marine environment, but also, for example, to the terrestrial environment. Likewise, the research team suggests that it could be used to study microbial associations that occur in the human body, for example in the intestinal system, which can have important effects on people's health.

"This methodology could be used in almost any investigation where the aim is to understand interactions and connections via association studies, including medicine, agriculture or environmental bioremediation," adds Deutschmann.

A key tool in a global change context

Knowing the nature of microbial associations is key to predicting the effect of, for example, rising ocean temperatures, which may eventually change the distribution of microorganisms and, thus, cause major imbalances at the base of the marine food web.

In this regard, the authors warn that "the environmental changes we are experiencing may affect microorganisms and their ecological interactions and, consequently, species may disappear or change the dynamics that sustain the current state of the marine microbiome, thus impacting the global functioning of the planet".

Understanding the marine ecosystem’s functioning is a key task in microbial investigations, as the ocean's microbiome –that is, all the microorganisms and their genes - is fundamental for the planet and for climate regulation. In fact, microorganisms play an essential role in global biogeochemical cycles and in the transfer of energy within food webs.

Still, microscopic ecological interactions are largely unknown, since it is not easy to work on such small scales, a majority of microbes are uncultivatable, and the high number of microbes makes it impossible to test each interaction individually. However, this seems to be changing thanks, on the one hand, to new molecular techniques, which are able to reveal and quantify which species are present at each site and time of year, and on the other hand, to new computational methods, which make it possible to construct association networks representing hypothetical ecological interactions.

The problem is that sometimes there are organisms that do not interact with each other, but appear to do so simply because they are in the same place. This happens because the algorithms used to construct these association networks are based on the estimations of how many microorganisms are in different environments.

In this sense, Ramiro Logares, ICM-CSIC researcher and coauthor of the work, explains that "our model aims to determine whether in a microbial network the connection between two organisms represents a potential ecological interaction or is simply due to the fact that they have the same or contrary environmental preferences".