Internet of things at ICM: a network for public use to monitor environmental quality on the coast

The Institut de Ciències del Mar (ICM-CSIC) participates as a sponsor entity in The Things Network (TTN) and installs a free and public use antenna to transmit data between devices. 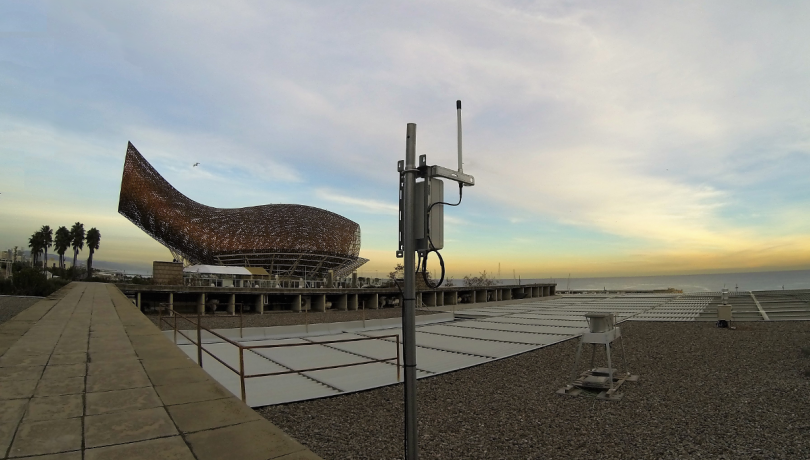 The Internet of Things (IoT) is a concept that refers to a digital interconnection of everyday objects with the Internet. IoT networks have the ability to connect a large number of devices that send small amounts of information (few kBytes) per hour. Due to their technical characteristics, IoT networks are ideal for deploying environmental monitoring systems.

The Things Network (TTN) is an initiative to create a free and public use IoT network. The devices are connected through LoRaWAN (Low Power Wide Area Network) technology. From the installation of a LoRaWAN antenna network, Internet access points that allow the connection of the devices are generated similarly to the home Wi-Fi router. In Barcelona, ​​the network has more than 60 collaborators and 18 antennas that cover a large part of the city.

Assessment of the quality of coastal waters using the IoT network

The ICM, as a collaborating entity in the community network TTN, has installed a LoRaWAN antenna that provides coverage and allows the connection of devices in the area.

The installation has been financed by the ATICO (Advanced Technologies for Environmental Citizen Observatories), an initiative of the CSIC. The antenna will be used within the framework of the European H2020 MONOCLE project, which aims to monitor coastal waters, lakes and estuaries through different types of technologies. From ICM, the team headed by the researcher Jaume Piera develops a very low-cost buoy that will measure and analyze the transparency of water, a key factor in evaluating the quality of coastal water. Thanks to the installation of the antenna, the data provided by the buoy can be transmitted and is automatically accessible on a web portal that is currently under development.

The increased coverage of the TTN network provided by the new antenna installed in the ICM will help to validate the instrumentation designed for the MONOCLE project and will facilitate a network for monitoring the transparency of water in real time on the Barcelona coastline.

With the TTN network, expanded in the coastal area thanks to the ICM antenna, ICM research and technical personnel can benefit from and use this technology, connecting its coastal buoys or other devices for collecting data in real time to the Internet. Thus, this network can promote the technological development of the research center, especially in the initial phases of design and development of new prototypes at sea.