According to a new ICM-CSIC study, mixotrophy can favour the production of marine resources when there is a lack of nutrients or when human activity modifies their availability. 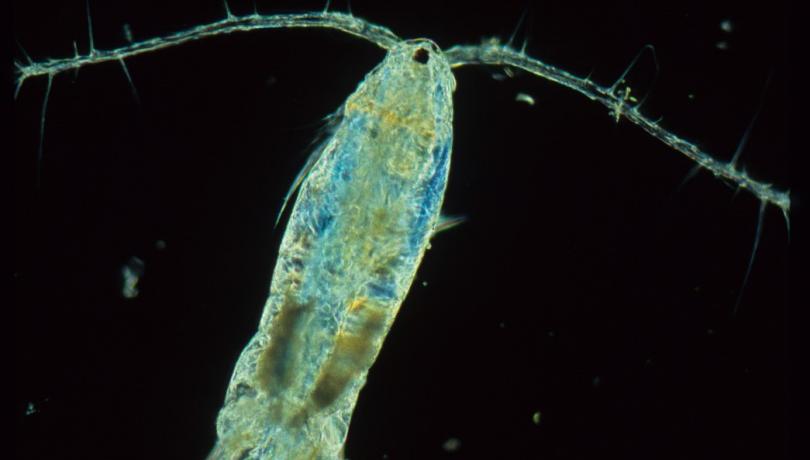 Planktonic mixotrophic organisms can obtain nutrition like a plant through photosynthesis and, simultaneously, like an animal, i.e. by capturing prey. In terrestrial ecosystems, such organisms, commonly known as carnivorous plants, are rare and require very particular conditions for their growth, usually nutrient-poor and acidic soils.

In contrast, marine mixotrophs, also referred to as mixoplankton, are extremely abundant and are mainly constituted by unicellular microalgae or protozoa with photosynthetic capability. In fact, their wide distribution and abundance make them a very important group on our big blue planet.

A new study led by the Institut de Ciències del Mar (ICM-CSIC) in Barcelona has revealed that this feeding strategy will be key for future seas, favouring marine resource production in nutrient imbalance scenarios occurring in the marine environment.

To carry out the study, recently published in the journal Limnology and Oceanography, the researchers carried out several experiments in the laboratory with a mixotrophic microalga, the dinoflagellate Karlodinium veneficum. The aim was to evaluate the nutritional impact of Karlodinium under different nutrient conditions on the production of two copepod species - Paracartia grani and Centropages typicus - that feed on this dinoflagellate.

The researchers let the dinoflagellate grow in culture as an autotroph and as a mixotroph, i.e. providing it with prey throughout its growth. Both strategies were tested in environments with different nitrogen and phosphorus concentrations, simulating the effect of nutrient discharge. Subsequently, they analysed the response of the copepods to the different types of diet.

"We observed that copepods that had fed on mixotrophic dinoflagellates in nutrient-imbalanced conditions had higher reproduction rates than those that were offered a purely autotrophic diet", explains Claudia Traboni, researcher at the ICM-CSIC and first author of the study. According to her, this is because mixotrophs were able to buffer the lack of phosphorus and nitrogen by eating on prey, while the autotrophs were unable to do so.

Despite its relevance, mixotrophy remains largely unknown. Very few studies show its impact on other marine food web players and resource production in the ocean. Also, its effect on coastal areas, where anthropogenic activity is more likely to modify nutrient availability, is mostly unknown.

This imbalance can have important consequences for photosynthetic microalgae, which require specific nutrient ratios for optimal growth. In fact, an excess or lack of nutrients can slow down their growth and alter their nutrient composition, which could have consequences for the entire food web.

"The ability to capture prey could allow mixoplankton to compensate these imbalances of inorganic nutrients and improve their growth, which could have positive effects on higher trophic levels", adds Traboni in this regard. Also, the researcher highlights that this knowledge would be of great help to the development of predictive models that would allow better management of the marine environment and fishery resources.

From his side, the ICM-CSIC researcher and co-author of the study, Albert Calbet, points out that "for the first time we have demonstrated in the laboratory that mixotrophy can help to compensate low nutritional qualities of prey exposed to nutrient imbalances, something that had been previously postulated in mathematical models, but never been proved experimentally".

Finally, the ICM-CSIC researcher and co-author of the study, Enric Saiz, states that "the results of this study suggest that, under conditions of nutrient limitation or imbalance, the presence of mixotrophy in microalgae or protozoa can favour the growth of their main predators, the copepods, which are the basis of the diet of many fish larvae and adults". However, the researcher warns of the need for further experiments with other species to validate this hypothesis.