The new face of the Antarctic

A new AWI study involving the ICM says that Antarctica could become a greener place in a few years and was colonised by new species from warmer areas because of climate change. 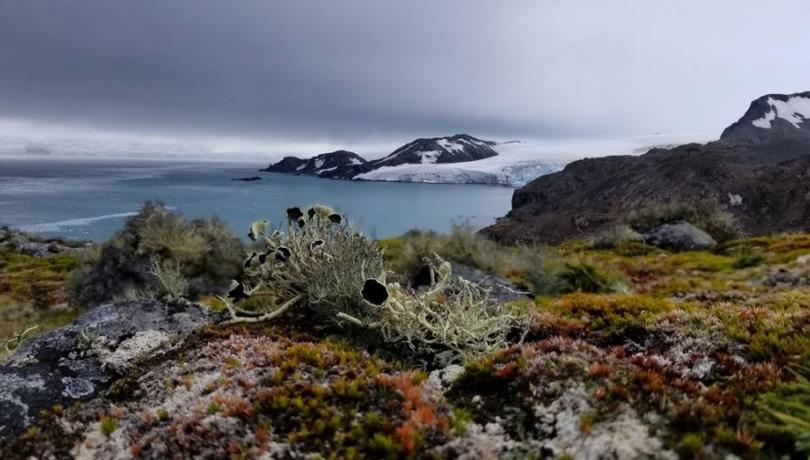 In the future, the Antarctic could become a greener place and be colonised by new species. At the same time, some species will likely disappear. This is one of the main conclusions of an article by a group of researchers from the ICM and other research centres from all over the world published last December in the specialized journal Biological Reviews.

For its preparation, researchers, led by the Alfred Wegener Institute Helmholtz Centre for Polar and Marine Research (AWI), analysed hundreds of articles on the Antarctic published in the past ten years. By doing so, they have provided an exceptionally comprehensive assessment on the biological and biochemical processes at work in the Antarctic and the Southern Ocean that surrounds it, which makes it possible to know their current and future state.

This is all part of the project “AnT-ERA” which addresses a broad range of aspects, e.g. ocean acidification, biodiversity, and the significance of sea ice for various organisms. “If you look at the timeframe from 1970 to the present, roughly 80 percent of all academic publications on biology and biochemistry in the Antarctic were released between 2010 and 2020. That’s what moved us to condense this enormous amount of knowledge into a single article,” states marine biologist and project coordinator Julian Gutt, from the AWI.

“This comprehensive view of the Antarctic may provide basis to better understand how the region changes due to anthropogenic pressure and its potential evolving lines. The Antarctic provides valuable ecosystem services and has an important role in the global climate regulation; thus the observed changes in the region may produce a global impact”, adds Enrique Isla, from the ICM.

Learning to live in acidic waters?

When it comes to ocean acidification, the study’s forecast is bleak: by the end of the century, the experts expect the waters of the Antarctic to be extensively acidified. “There can be no doubt that especially those organisms that form calcareous shells are going to have serious problems,” regrets Gutt, who points out that “some may go extinct, or will manage to adapt their metabolisms to the new conditions.” Thus, for example, some sponges and ascidians, which respond quickly to improved conditions, are expected to grow and reproduce more rapidly and intensely. However, these organisms are equally sensitive to poor environmental conditions and could therefore be in danger.

Whereas the Antarctic Peninsula, which extends into the South Atlantic, has been warming for some time now, in the past three years the warming, and therefore the loss of sea ice, has spread to East Antarctica. The experts can’t yet say whether this is the beginning of a long-term trend, or only a short-term variation. In either case, this change could have a substantial impact on the future development of life in the Southern Ocean.

How much CO2 can the Antarctic swallow?

It also remains unclear whether or not the loss of sea ice will mean that the waters of the Antarctic, due to intensified algal growth, absorb more carbon dioxide from the atmosphere. Principally speaking, most experts assume that algal growth increases when sea ice retreats, because the algae e.g. are exposed to more sunlight. Since algae absorb carbon dioxide from the atmosphere via photosynthesis when they grow, this process can improve the ocean’s absorption of CO2.

For some time now, simple forecasts have indicated that the algae in Antarctic waters may absorb ca. 25 ­­percent more CO2 if they become completely ice-free in future southern summers. Yet the current study shows that these blanket statements are controversial.

“As an example for the importance of assessing the actual state of the Antarctic, we have that at first glance, this increase in CO2 absorption may appear positive for climate change; however, we still don’t know how large will be the impact of losing sea ice extent and its albedo effect, which is also positive to reduce the global warming”, adds in this regard Isla.

Experts attribute the large amount of data acquired from Antarctica in recent years to technological advances in, for example, molecular biological methods, new oceanographic vessels and remotely operated underwater vehicles, some of which can even navigate under the ice. In addition, new numerical and conceptual models are helping scientists to understand the interconnections in the ecosystem.