Plastic degradation in the ocean contributes to its acidification

This is the main conclusion of a study published this week in the prestigious journal Science of the Total Environment that proves that plastic releases organic chemical compounds and CO2 into the water, which causes a drop in pH. 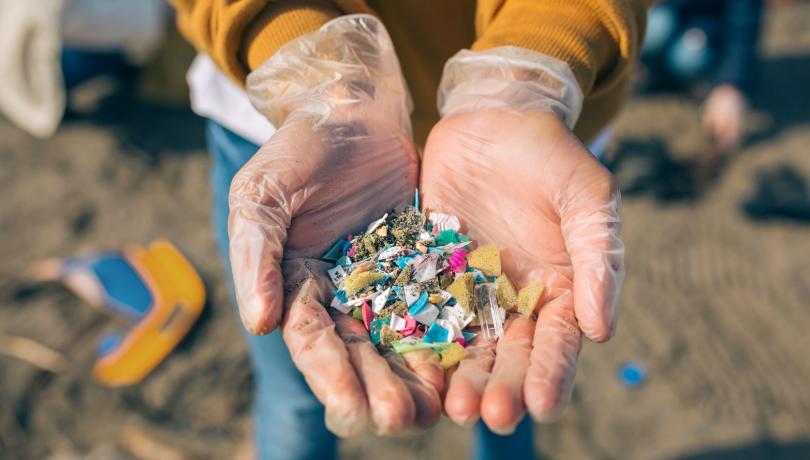 Much of the plastic in the sea is degraded and releases a large amount of carbon compounds/ iStock.

A new study led by the Institut de Ciències del Mar (ICM-CSIC) in Barcelona has revealed that the sunlight plastic degradation contributes to the ocean acidification due to the release of dissolved organic carbon compounds from both, the plastic itself and its additives, and the CO2 production.

"Thanks to this study we have been able to prove that in highly plastic-polluted ocean surface areas, plastic degradation will lead to a drop of up to 0.5 pH units, which is comparable to the pH drop estimated in the worst anthropogenic emissions scenarios for the end of the 21st century," points out Cristina Romera-Castillo, ICM-CSIC researcher and first author of the study, which has been published this week in the journal Science of the Total Environment.

Acidification and plastic pollution are two of the major problems facing the ocean today. In this sense, since the industrial revolution, the increase in ocean acidity is making it more difficult for some calcifying organisms, such as corals, to maintain their skeletons. On the other hand, it is known that every year up to 13 million tons of plastic reach the sea, and it is estimated that there are around 250,000 more tons floating throughout the ocean.

The sun’s ultraviolet light is the main factor producingplastic degradation and aging. This degradation results in fractures that cause the plastic to break into smaller pieces, some less than 5 millimeters, better known as microplastics.

When exposed to sunlight and erosion, the plastic is "aged", and its degradation degree depends on how long it has been exposed to these conditions. This exposure results in an increased release of chemical compounds into the water and causes a lowering of its pH.

The chemical compounds released by the plastic into the seawater during its degradation can come from the plastic itself or can be additives that are added to the polymer to give it colour or resistance, among other characteristics. Some of these compounds are organic acids, which explains why they contribute to the pH drop.

However, plastic degradation also produces CO2 that can be emitted directly by the plastic, or be a product of the reactions that sunlight triggers in the organic compounds released by this material. In turn, this released CO2 is involved in a series of reactions that also cause a pH drop.

Differences between new and old plastic

To carry out the study, researchers exposed different types of plastic (new and aged) to a constant temperature and solar radiation. They then analyzed the water pH and the amount of dissolved organic carbon released by microplastics as a result of their degradation.

With only six days of exposure to sunlight, a mixture of aged plastics collected from beaches released a large amount of dissolved organic carbon compounds and a significant decrease in water pH was observed. By contrast, experiments using new polystyrene, low-density polyethylene (LDPE) -from which bags and other packaging are made- and biodegradable plastic fragments did not show a substantial drop in pH with the exception of expanded polyestyrene.

"This results show that aged plastic affects acidification much more than new plastic, which is very worrying, since most of the plastic found in the sea, whatever type it is, is degraded," concludes Romera-Castillo.