·   The research details can be found in a study published in the prestigious journal Nature in which the Institut de Ciències del Mar (ICM-CSIC) has participated. 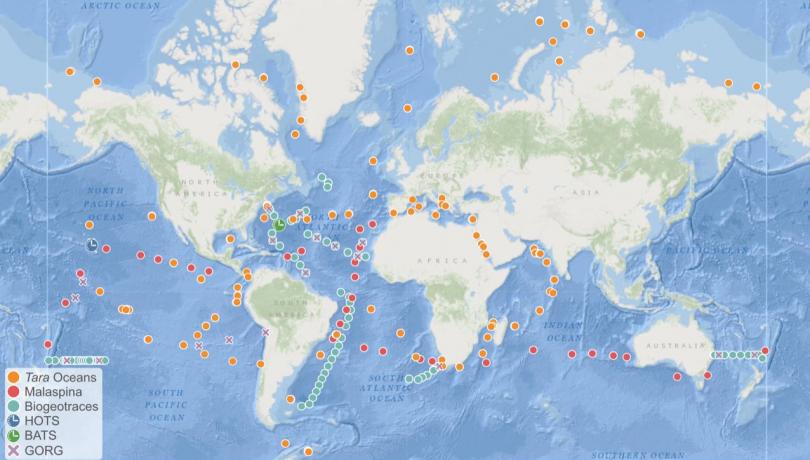 A new study researchers at the Swiss Federal Institute of Technology Zurich (ETH Zurich) in collaboration with experts from the Institut de Ciències del Mar (ICM-CSIC), published in the prestigious journal Nature has revealed the existence of a new family of marine bacteria whose genetic capacity, through the immense number of biosynthetic gene clusters in their genomes (BGCs), could lead to numerous biotechnological applications.

The family belongs to the phylum Eremiobacterota, and until now was thought to exist only in terrestrial environments. However, according to the work published now, these bacteria are also found in the ocean.

"In addition to being part of a very diverse bacterial group from a biosynthetic point of view, these bacteria are ubiquitously and abundantly distributed throughout the ocean water column," explains Shinichi Sunagawa, professor at ETH Zürich and head of the team that led the study.

Lucas Paoli, researcher at ETH Zürich and first author of the study, highlights that "some species of the family could represent up to 6% of all bacteria present in specific parts of the ocean, which is equivalent to several million organisms per litre of seawater".

This has been revealed by analysing more than 1,000 water samples collected during the Tara Oceans expedition. In total, the research team has identified more than 7,000 families of biosynthetic gene clusters - most of them previously unknown - that could be used to synthesise biochemical compounds and improve biotechnological processes, among other applications.

"These results highlight the lack of knowledge we have about microscopic ocean life. Only in recent years, thanks to several ocean circumnavigation campaigns and the use of new molecular methods, we have begun to know what organisms, what genes, and what biotechnological potential is hidden under the skin of the ocean", exposes the ICM-CSIC researcher Josep M Gasol, who has participated in the study.

Finally, the ICM-CSIC researcher Silvia G Acinas, a member of the team coordinating the Tara Oceans campaign, points out that "thanks to the integration of thousands of microbial genomes from different expeditions, it has been possible to investigate which microorganisms have great genetic potential, which will serve to explore new bioactive molecules".

According to the researcher, "some of them could be used in new therapies, while others could help to improve certain biotechnological processes and, by extension, our life quality in the future".

Microorganisms, a surprise for industry

Microbes, particularly bacteria, are metabolically very diverse and are found in abundance in every corner of nature. However, the vast majority have not yet been cultured or studied in the laboratory, leaving their metabolic diversity unknown.

In the absence of cultures, scientific teams have resorted to microbiome sequencing, i.e. sequencing all the DNA contained in the microbial communities of these marine samples in order to reconstruct the genomes of these microorganisms through bioinformatics analysis.

"This is how we have been able to reconstruct 25,000 genomes of marine microorganisms which, together with another 10,000 genomes that already existed before, make up the largest database of these communities globally", celebrates the ICM-CSIC researcher Pablo Sánchez.

Future research will focus on the distribution and function of marine microorganisms, as they may play a very important role in the evolution and adaptation of the ocean to the changes that the biosphere is undergoing.