This is the main conclusion of a new study involving the ICM-CSIC based on the analysis of fish otoliths found in geological formations dating back 700-800 thousand years. 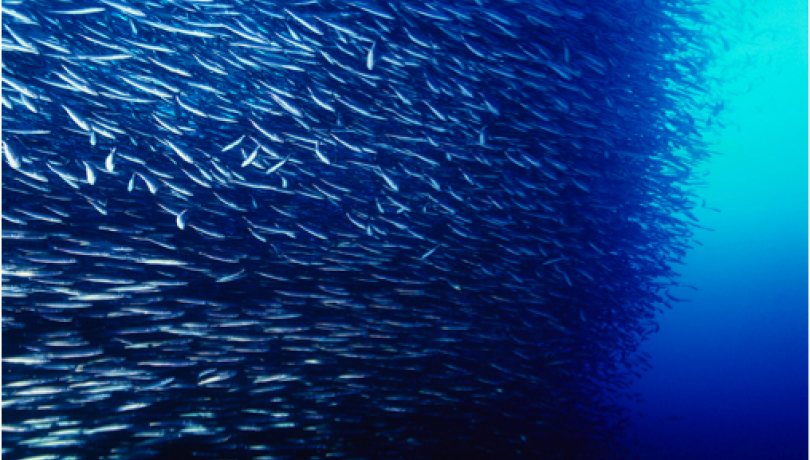 A new study led by the University of Vienna in which the Institut de Ciències del Mar (ICM-CSIC) has participated reveals that fishes living in the dark part of the oceans (essentially below 200 m depth in the water column) would likely decrease in size with climate warming, which may have important ecological effects.

The details of this research are reported in an article published today in Proceedings of the Royal Society B. For its preparation, the authors retrieved fish otoliths — small stones in the inner ear of bony fishes that facilitate the fishes’ sound and balance perception — from sedimentary formations dated 800–700 thousand years ago from the island of Rhodes in the Aegean Sea and measured them to track changes in fishes’ body size through glacial and interglacial periods.

The morphology of these structures is particular to each fish species and their size directly reflects the size of the fish individual they come from, which allows researchers to identify them in order to reconstruct past fish faunas.

“Thanks to the otolith analysis we have found that fishes during the interglacial period were smaller in size by 35%, when the global temperature had increased by 4 °C, which could happen again nowadays due to the ocean warming”, explains the leading author of the study, Konstantina Agiadi, from the University of Vienna.

The study, that is one of the few works that have so far addressed the consequences of climate warming on the deeper part of the oceans, the mesopelagic zone (200–1000 m depth), focused on the changes in “lanternfishes”, a group of small mesopelagic fishes that are named for their capacity to produce their own light.

“Knowing the response of these organisms to ocean warming is key, since they contribute to ecosystem stability, reduce atmospheric carbon dioxide, and are a huge food resource for other organisms in the marine food web”, explains the ICM-CSIC researcher and co-author of the study Marta Coll, who adds that “these fish make up more than half the fish biomass in the deep sea, and about 100 times more than the total global annual fishery catches”.

Lately, lanternfishes are important contributors to the biological carbon pump, a natural mechanism for reducing atmospheric carbon dioxide (CO2). Initially, phytoplanktonic organisms absorb CO2 from the atmosphere through photosynthesis. Then, every night, lanternfishes travel hundreds of meters upward to the surface of the oceans and return to the mesopelagic zone, thus bringing huge amounts of carbon from the surface to the deep ocean.