Will the Atlantic marine ecosystem services overcome the threat of climate change?

An EU project in which the ICM is involved seeks to study the microbiome of the Atlantic Ocean, its adaptability and resilience to challenges to come. 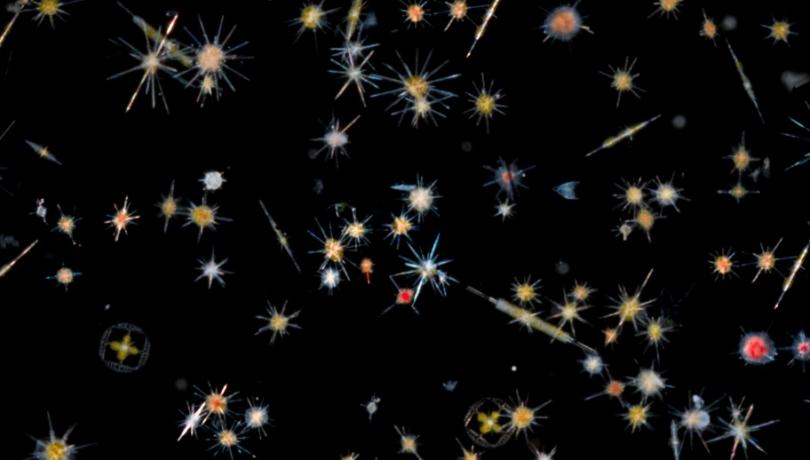 Micro-organisms from rivers, the coast, the open ocean and marine sediments are the ones that sustain life on Earth / Christian & Noé Sardet (Fondation Tara Océan)

In September 2020, 36 organisations from 13 different countries launched AtlantECO, an ambitious research project funded by the European Union to explore the Atlantic Ocean from pole to pole.

The project will map new and existing knowledge about the microscopic organisms that inhabit rivers, coastal waters, the open ocean, marine sediments and the atmosphere, as well as those found on plastic litter. These “microbiomes” support life on Earth and provide ecosystem services to society.

Also, inspired by medical research that combines next-generation genetic, imaging and environmental approaches, AtlantECO will develop diagnostic tools and metrics to assess and predict changes in the health of the Atlantic Ocean.

“AtlantECO will integrate existing ocean microbiome datasets leveraged by oceanographic expeditions such as Global Ocean Survey, Tara Oceans, Malaspina, GEOTRACERS, Atlantic Meridional Transect or Antarctic Circumpolar Expedition with the new expedition “Mission Microbiomes” for the next two years on board of the vessel Tara across the different Atlantic Ocean regions”, explains the ICM researcher Silvia G. Acinas, the only CSIC representative in AtlantECO.

“The integration of such large datasets and the new ones that will be generated by advance sequencing technologies will provide a unique momentum to link the marine microbiome to the ocean circulation and connectivity at an unprecedented resolution to study the vulnerability of the marine regions connected along and across the Atlantic Ocean in a changing climate and increasing pollution”, adds Acinas.

Fieldwork will be conducted on board several national oceanographic vessels and sailing boats designed for science. Stopovers will be organised with local communities and stakeholders around the Atlantic basin, engaging in outreach, citizen science and awareness campaigns.

AtlantECO will determine how marine regions and their ecosystems are connected along and across the Atlantic Ocean by developing models that account for dynamic processes such as large river plumes and ocean circulation. Coupled with future climate scenarios, these models will help predict species migration, the ability of the ocean to capture and store atmospheric carbon dioxide, the transport of pollutants, and the balance between ecosystem health and human activities.

This huge scientific effort implements the Belem Statement, co-signed in July 2017 by the European Union, Brazil and South Africa to fill knowledge gaps between the widely studied North Atlantic and the under-studied South Atlantic regions.

AtlantECO’s results will have an impact on the blue economy and society, since they will address, for example, the early detection of harmful threats in aquaculture sites, the impact of mining off the coast of southern African microbiomes and the health of coastal ecosystems, the impacts of climate change on fisheries value chains, and the response of microbiomes to offshore drilling and fossil fuel extraction off the coast of Brazil.