Led by the ICM and the UTM, this network of 26 organisations has been selected by the UN as a programme of the Ocean Decade. 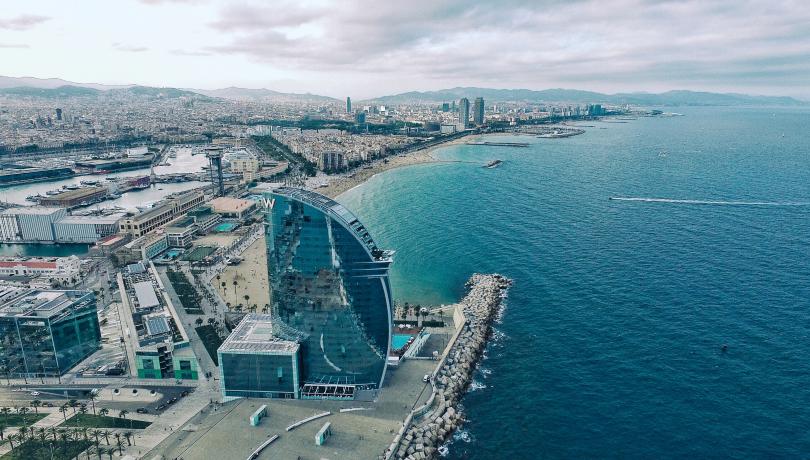 The Institut de Ciències del Mar (ICM) has launched the Ocean Cities programme, an international network to promote sustainable ocean cities. The programme, led by the ICM and the CSIC Marine Technology Unit (UTM), has been selected by the United Nations to promote the objectives of the Decade of Ocean Science for Sustainable Development 2021-2030.

This international network is made up of 26 entities from all over the world, such as scientific bodies, ministries, city councils, city networks and artistic organisations, that will work together to change the way citizens interact with the oceans, with the aim of promoting sustainable ocean cities by 2030. The Spanish representative to UNESCO for this programme is Rafael González Quirós, a researcher at the Spanish Institute of Oceanography (IEO-CSIC).

"Citizens living in coastal cities have to open their minds and souls to the ocean. This requires an increased awareness of the essential role of the marine environment in our daily lives and, possibly more importantly, a more intimate and harmonic relationship between the city, its citizens and the companion sea", stresses Josep Lluís Pelegrí, director of the ICM and coordinator of Ocean Cities.

The aim of Ocean Cities is to turn ocean cities into communities permeable to the marine environment, regenerating the coastline and fostering a harmonious community-land-ocean connection through the mind (science), the heart (art) and the soul (conscience).

To this end, the partners will encourage citizens to engage with researchers, decision-makers and other stakeholders in the Ocean Cities network to change the way coastal cities interact and evolve with the ocean. Consortium members agree on the need to implement an ocean dimension of coastal cities that drives the daily functioning of a city: from a micro level (i.e. citizens' daily consumption habits) to a macro level (i.e. urban and port planning activities and their impact on neighbouring waters).

"The resilience of coastal cities to climate change is a critical challenge for the coming decades. It is therefore an excellent fact that ocean cities are part of the first set of endorsed programmes of the UN Decade of Ocean Sciences for Sustainable Development", states Vladimir Ryabinin, executive secretary of the Intergovernmental Oceanographic Commission (IOC), the UN body in charge of coordinating the Ocean Decade.

Due to the relevance of ocean cities in terms of population and environment, the Ocean Cities network will use and promote ocean science to support all the UN Sustainable Development Goals (SDGs). It will be particularly relevant to link goals 13 and 14 (climate action and life below water) with goals 11 and 12 (sustainable cities and circular economy). Finally, it will also help address all the other goals through a city-oriented ocean-science global partnership (goal 17).

In December 2017, the UN proclaimed the period 2021-2030 as the Decade of Ocean Sciences for Sustainable Development to foster international cooperation in the development of scientific research and the application of innovative technologies that link ocean sciences to societal needs. The United Nations General Assembly mandated UNESCO's Intergovernmental Oceanographic Commission (IOC) to work with all stakeholders in designing this decade to transform cities through knowledge, scientific and technological capacity and innovative solutions.

The Ministry of Science and Innovation and the Ministry for Ecological Transition and Demographic Challenge participate in the Decade of Ocean Sciences through the Ocean Cities consortium. However, there are also other Spanish research centres collaborating in this initiative: ICM, UTM-CSIC, University of Las Palmas de Gran Canaria (IOCAG - ULPGC), INGENIO (CSIC-UPV), the City Council of Barcelona, and artistic entities such as the Design College of BCN and La Fura dels Baus.