Researchers at Instituto Español de Oceanografía (IEO), Institut de Ciències del Mar (ICM) and Institut Français de Recherche pour l'Exploitation de la Mer (IFREMER) have detected that 58% of sardines in the Western Mediterranean has ingested microplastics, while in the case of anchovies this percentage is 60%. 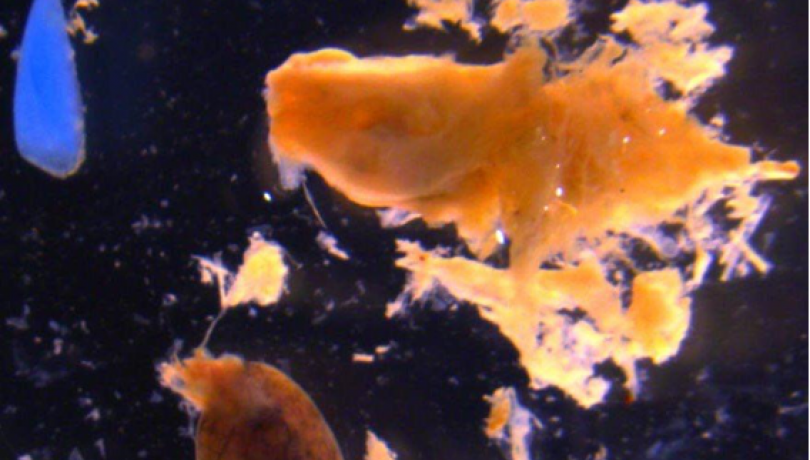 The production and use of microplastics in the world has been growing exponentially since the 1950s to reach more than 300 million tonnes in 2017. Microplastics are plastic particles and fibers less than 5mm in size, invisible to the naked eye and mainly affecting small fish, invertebrates and other filter feeders that have the potential to enter the food chain.

Of all the species of small pelagic fish, sardines (Sardina pilchardus) and anchovies (Engraulis encrasicolus) are the most commercialized and consumed fish in the northwest of the Mediterranean Sea, representing up to 39% of the total catches from the region in recent years. In addition, these species play a key role in marine ecosystems, where they are important prey for predators such as tuna, cetaceans and seabirds.

A study recently published in the journal Marine Pollution Bulletin reveals that in sardines 58% of individuals have ingested microplastics, a percentage that in anchovies is 60%. According to the researchers, among the factors influencing this incidence there is the prevalence of parasites such as larvae, trematodes and nematodes in the intestinal tract. That is, individuals with higher microplastic content within their digestive system also have more parasites.

In this sense, the results of the research, in which have participated researchers from the Spanish Institute of Oceanography (IEO), the Institut de Ciències del Mar (ICM) and the Institut Français de Recherche pour l'Exploitation de la Mer (IFREMER), show that, if in sardines, individuals with a worse body condition are more likely to ingest microplastics. Meanwhile, in the case of anchovies the probability of incidence increases in individuals with a high gonadosomatic index -weight of the gonad as a percentage of the total body weight used to measure the sexual maturity of individuals- and smaller in size. However, in both species a worse body condition implies a higher incidence of both parasites and mycroplastics.

According to Maria Grazia Pennino, first author of the article, "this is one of the first studies to find this type of relationship between the incidence of microplastics and parasites".

For her part, Marta Coll, an ICM researcher, points out that "the results of this study raise new questions to carry out further research". In this sense, Coll explains that, for example, the specific mechanism by which small pelagic fish with a higher incidence of microplastics has also more intestinal parasites is still unknown. Finally, the researcher concludes that "the results of the study show the importance of continuous monitoring of the marine environment, which allows us to assess the health of marine ecosystems and their impact on humans."

According to the study, the geographical areas where pelagic fish is most likely to ingest microplastics are the Gulf of Alicante for sardines and the Gulf of Leon - Delta de l'Ebre for anchovies. In both species there is a positive relationship between the presence of parasites and the ingestion of microplastics, which shows that both parasitism and the ingestion of microplastics can affect the health of marine populations and consecuently, the one of human consumers.

This study has been developed within the framework of of the PELWEB (CTM2017-88939-R) and PELCAT (CAT 152CAT00013, TAIS ARP059 / 19/00005) projects, funded by the Ministry of Science, Innovation and Universities and the Generalitat de Catalunya, respectively.