A group of researchers from the Institut de Ciències del Mar (ICM) of Barcelona, the Centre de Recerca Ecològica i Aplicacions Forestals (CREAF), the Instituto Español de Oceanografía (IEO) and the University of Queensland (Australia) has shown that the current network of marine protected areas (MPAs) in Spanish Mediterranean waters does not protect properly sharks and rays. 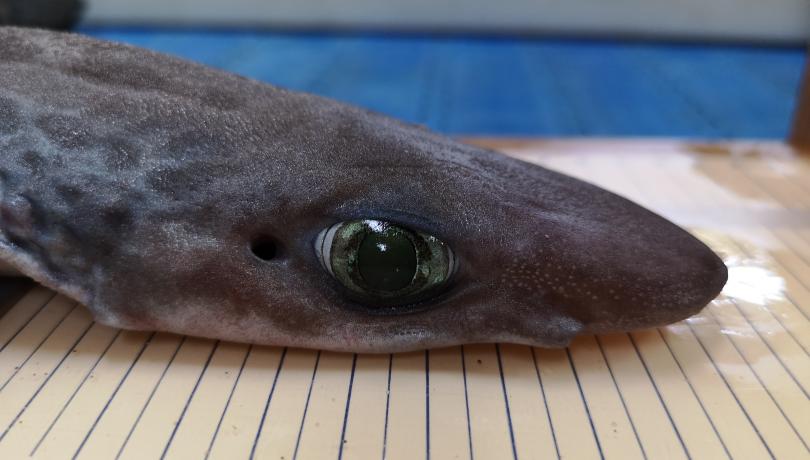 Many elasmobranch species are threatened to extinction, while others have already disappeared / ICM-CSIC

Some species of sharks and rays, both belonging to the elasmobranch group, find refuge in Mediterranean waters. The presence of such species has recently become more evident than ever thanks to the sightings reported in coastal waters. However, the conservation status of the species in this group in the Mediterranean is deficient.

Many elasmobranch species are threatened to extinction, while others have already disappeared due to the use of non-selective fishing gears and the exploitation of demersal ecosystems, with which elasmobranchs are closely related. This makes protecting deep-water habitats, essential to ensure the future of these important predators whose decline can cause major imbalances in the marine food chain.

A group of researchers from the Institut de Ciències del Mar (ICM) in Barcelona has identified marine areas that may be protected or managed to ensure the conservation of the elasmobranches along the western Mediterranean Sea. According to the authors, these areas could help to improve the current network of marine protected areas (MPAs) in Spanish Mediterranean waters.

All this information appears in detail in a recent study published in Marine Environmental Research in which the authors demonstrate that the areas designated as protected nowadays do not include all the important areas that should be protected to ensure the future of demersal elasmobranchs in the western Mediterranean.

For this reason, the authors, that also include researchers from the Centre de Recerca Ecològica i Aplicacions Forestals (CREAF), the Instituto Español de Oceanografía (IEO) and the University of Queensland (Australia), propose to expand the protected area of Tabarca-Cabo de Palos –located off the coast of Murcia and Alicante- and the western submarine canyon system of the Gulf of Lion, in the north-eastern Iberian Peninsula.

"These areas are optimal for the conservation of elasmobranchs because they are frequented by several species belonging to this group and because the different human activities to be managed here would involve a lower cost than in other areas," says Joan Giménez, the leading author of the study. In this way, explains the researcher, "we can achieve a balance between the conservation of the elasmobranch community and the sustainable development of human activities in the marine environment”.

For this work, the authors analysed data collected during the last decade of three species of sharks and two of rays. This allowed them to know both their distribution and the threats to which they are exposed, among which we can find fishing activity -especially trawling-, pollution, and global warming.

Then, the researchers worked on a series of statistical models that allowed them to determine which habitats and areas in the western Mediterranean are most favourable to these species of sharks and rays. "This was the starting point to determine the priority areas for their conservation”, explains the CREAF researcher Laura Cardador.

“The different management scenarios tested in this work show the presence of certain priority areas to be protected throughout the study area", adds Giménez in this sense.

The authors of the study regret that the current network of MPAs in the Spanish Mediterranean does not present complete protection of demersal habitats, which means that the species found in these areas are also unprotected. This is partially related to the fact, that when defining the areas to be protected, priority is often given only to the most charismatic species, such as seabirds or cetaceans.

In the face of future investigations, the authors will extend this research to more elasmobranch species and will include seasonal and movement information on these predators, which would help improve the proposal for these MPAs in the future.

"With these models, we wanted to identify those areas of the western Mediterranean that could be protected to ensure the viability of the community of sharks and rays that inhabit them," explain Joan Navarro and Marta Coll, responsible for the research line on marine predators at ICM.

The idea of ​​expanding the network of Mediterranean protected areas contributes to the global objective of the Convention for Biological Diversity of protecting 10% of the sea surface by 2020. Likewise, it offers hope for a group of species that are especially vulnerable to human activity, since they have low fertility rates, late reproductive rates and they grow slowly.