The collaboration between the ICM-CSIC and the regatta sailor Dídac Costa has allowed to obtain very valuable data on temperature and salinity of the sub-Antarctic region, difficult to access for oceanographic vessels. 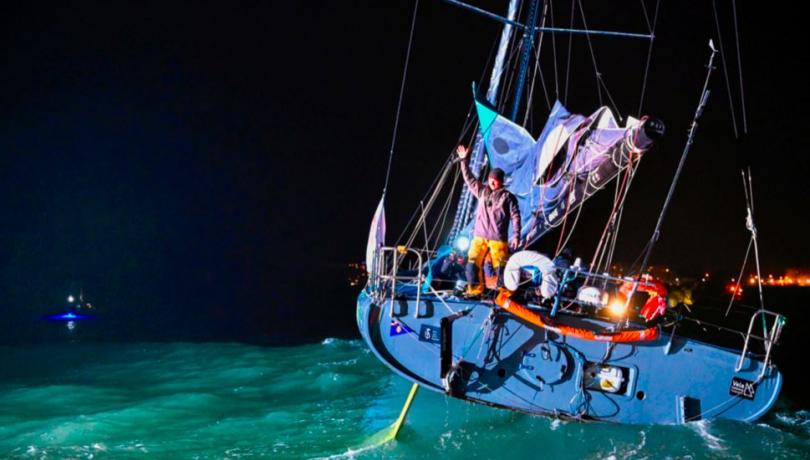 Scientists want to promote the collection with sailing ships that sail around the world / © Jean-Louis Carli (Alea).

Researchers from the Institut de Ciències del Mar (ICM-CSIC) in Barcelona has managed to collect valuable temperature and salinity data from the sub-Antarctic region thanks to a collaboration with the regatta sailor Dídac Costa. These data have served to validate satellite salinity data from the sub-Antarctic region, which can help improve climate change predictions in one of the most affected areas.

This is because temperature and salinity are the two parameters that determine the density of the water -the colder and saltier it is, the denser it is- which rules ocean circulation, one of the main determinants of global climate. Likewise, salinity alone is closely related to the Earth's climate, since it depends on precipitation, evaporation, river discharge and ice melt.

For data collection, the scientific team installed a series of sensors on the Catalan skipper's boat, nicknamed "One Planet, One Ocean", to measure the water temperature and conductivity -determined by salinity- during the 2020-2021 Vendée Globe, the world's most famous solo, non-stop and unassisted race.

The results are reported in a study published  recently in the Journal of Marine Science and Engineering. The main objective of this research is to validate the salinity maps generated from data collected by the European Space Agency (ESA) SMOS and National Aeronautics and Space Administration (NASA) SMAP satellites, which are key for climate change models.

"Without Dídac and the Fundació de Navegació Oceànica de Barcelona (FNOB), which financed the regatta, nothing would have been possible, since this is an area difficult to access for oceanographic vessels, which are much larger," explains the ICM-CSIC researcher Marta Umbert.

In addition, points out Umbert, "measuring salinity remotely through satellites in polar areas is not easy, since satellite sensitivity in areas where the water is especially cold is very low".

However, the information from the polar areas is essential, because it is here that, due to the higher water density, the deep waters that drive an important part of the large-scale ocean currents are formed. This is the beginning of what is known as the "thermohaline circulation" or "ocean conveyor belt".

Therefore, the changes in ice extent that the polar areas are undergoing due to global warming could have an impact on the formation of these large ocean currents that regulate the global climate by transporting heat from the tropical areas to the polar regions.

Given this scenario, it is key to have accurate and reliable data on both salinity and water temperature in these areas. Likewise, salinity is a fundamental indicator for the study of changes in freshwater flows that have been observed recently in some polar regions, which may also have a direct impact on climate.

"The new data, measured at 60 cm depth, are much closer to satellite data than the one provided by the international ARGO buoy system, which does not give reliable values until 5 or 6 meters deep," celebrates the ICM-CSIC researcher Jordi Salat.

For future research, scientists will try to use these data routinely for the validation of ESA and NASA salinity products in the Southern Ocean, as well as to promote data collection using round-the-world sailing ships.

"These vessels can help to analyse the ocean salinity and temperature evolution in the southern areas, as well as to quantify the impact of changes in ice extent around Antarctica," conclude the experts.