Which are the implications of protecting 30% of the planet?

An international report out this month in which have participated ICM researchers shows that the benefits of protecting 30% of the planet’s land and ocean outweigh the costs by a ratio of at least 5-to-1. 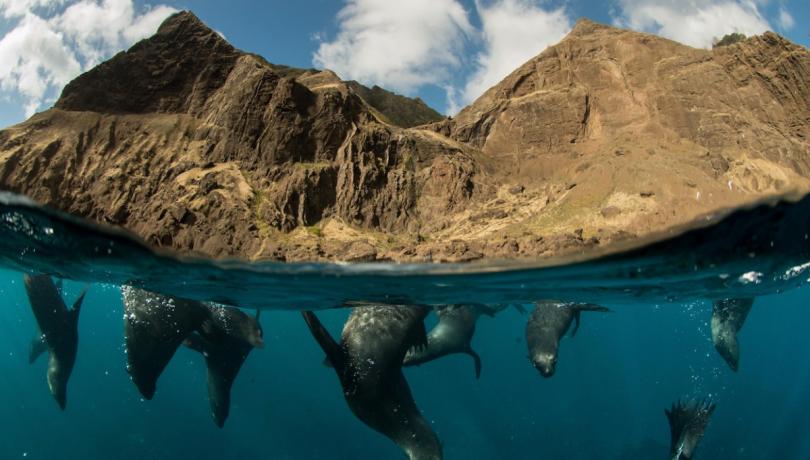 According to experts, 30% of the planet needs to be protected to deal with the climate crisis / Enric Sala (National Geographic)

There is some controversy among the scientific community when deciding what percentage of the planet should be protected to maintain biodiversity and the function of ecosystems. In the case of marine environments, for example, some experts consider that it is enough to protect 10% of the seas and oceans, although for others this percentage should be expanded to at least 30% to achieve the objectives established nowadays in the field of biodiversity conservation.

Currently, approximately 15% of terrestrial ecosystems are protected, but this percentage reaches only 7% in the case of the big blue. However, this could change now as a result of the publication, this July, of a report that concludes that the benefits of protecting 30% of the planet would outweigh the costs of taking this measure by a factor of at least 5:1, both in economic terms and considering the ecosystem services that land and sea provide to society.

The document, entitled "Protecting 30% of the planet for nature: costs, benefits and economic implications", is signed by more than a hundred experts who have wanted to put on the table the pros and cons of having, in 2030, 30% of the planet protected, as proposed by the UN Convention on Biological Diversity. This initiative is also known as the "30x30" movement and seeks to curb and reverse the disappearance of species to restore the ecosystem services that are key for the survival of the human species on Earth.

The report published now contains an analysis of the impact of protecting certain parts of the planet in sectors such as agriculture, forestry or fishing. According to the document, the benefits of protecting 30% of the planet are estimated at 250 billion dollars per year, and this is, according to the authors, a conservative estimate, since all the benefits of ecosystem services are not taken into account.

These benefits come from economic sectors that benefit from the protection of natural areas, such as the rural tourism sector. However, protecting the planet also provides non-economic benefits that have repercussions on the global economy, since it helps mitigate the effects of climate change, favours the protection of populations against floods and helps to conserve the soil conservation, among others.

According to Dr. Marta Coll, a researcher at the Institut de Ciències del Mar (ICM-CSIC) of Barcelona who has participated in the study, "the results of the report show that ocean protection cannot be left behind and that protecting the 30% of the oceans have a moderate cost in the short term that will be offset in the midterm by the benefits obtained thanks to the recovery of fisheries in areas that are currently overfished".

According to the report, effective protection of 30% of the planet requires an average annual investment of roughly 140 billion dollars by 2030, which is equivalent to 0.16% of global GDP and is less than what we spend on video games every year. However, the world currently invests just over 24 billion dollars per year in protected areas, and the gap is even greater in developing countries. Lastly, by the authors of the study, continuing with the current situation will have a much higher cost due to the increased impact of widespread environmental degradation and climate change.

Against this background, Wyss Campaign For Nature, which works together with the National Geographic Society to support the "30x30" movement, urge to establish long-term protected areas, diversify the funding sources necessary for the management of these areas, and get governments to recognize conservation as a key factor to make their economies more resilient. In short, they ask to act now that we have the technology, the knowledge and the confidence that not acting could have a very high cost.