According to the work, more than 12,000 species of bacteria and archaea live between the Mediterranean and the adjacent Atlantic waters. 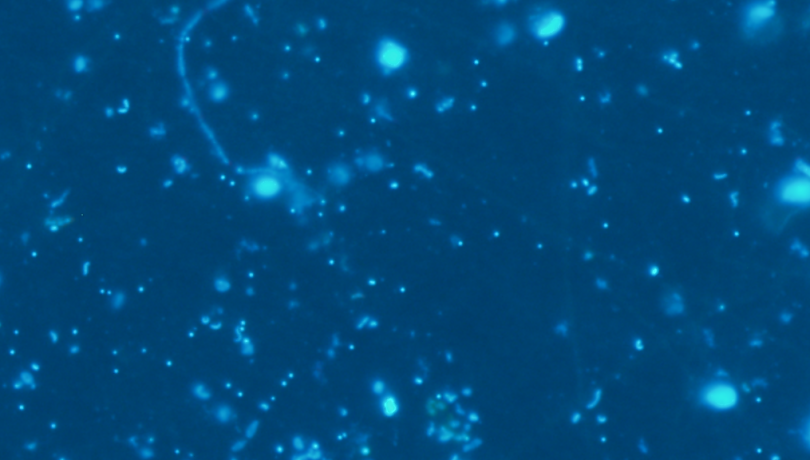 Marine microorganisms play a key role in the regulation and maintenance of life-sustaining biogeochemical cycles on Earth / Clara Ruiz (ICM-CSIC).

A new study led by the Institut de Ciències del Mar (ICM) in Barcelona reveals that between the Mediterranean Sea and the adjacent Atlantic waters more than 12,000 species of bacteria and archaea can be differentiated. This is the first catalogue of microbial biodiversity in the Mediterranean and identifies which species are found in each water layer and which are the main factors affecting their distribution.

"This figure contrasts with the approximately 17,000 species thought to live in the Mediterranean, from microbes to whales, and shows that most of the sea's diversity is microscopic", explains the ICM researcher and co-author of the study Josep M Gasol, who highlights the essential role of the ocean's smallest organisms in the regulation and maintenance of the biogeochemical cycles that sustain life on Earth.

For this reason, "knowing which microorganisms are found in the ocean and their distribution according to environmental conditions is crucial for predicting how the ocean will evolve and how it will adapt to the major forthcoming changes", states the first author of the study and ICM researcher Marta Sebastián.

The Mediterranean, a unique ocean

The Mediterranean is isolated from the Atlantic Ocean by the shallow Strait of Gibraltar, but this is not the only geographical barrier that makes this sea unique. The Strait of Sicily divides the Mediterranean into two basins, the west and the east, each with different environmental conditions. The physical separation of the basins and the decreasing gradient of productivity towards the east, makes this sea an exceptional natural laboratory for studying the distribution of marine micro-organisms.

According to the study, published this month in the journal Limnology and Oceanography, the number of microbial species is lower in the easternmost part of the Mediterranean due to the decrease in productivity from west to east.

"We observe that microbial diversity decreases as we get closer to the eastern Mediterranean, although it is in these nutrient-poor waters where species are more distinct from each other," details Sebastián.

Another noteworthy point of the study, carried out by analysing water samples collected during an oceanographic cruise conducted in 2014 on board the oceanographic vessel Sarmiento de Gamboa, is that taxonomically very similar species appear as indicators of the different basins. This suggests that, despite being closely related species, they have a distinct genetic repertoire that allows them to adapt to different environmental conditions.

Finally, the work reveals that there is a strong spatial segregation of microbial communities throughout the Mediterranean, especially in surface waters and below 1000 metres depth onwards.

"This contrasts with the idea that microbial communities have an unlimited dispersal capacity in the ocean and shows that environmental conditions also have a strong influence on the distribution of microorganisms," points out Eva Ortega-Retuerta, co-first author of the study and now researcher at the Banyuls Microbial Oceanography Laboratory of the Centre National de la Recherche Scientifique (CNRS).

All this information is key in the current context of global change, since some of the species described may act as sentinels to indicate some of the changes that the Mediterranean will undergo in the coming years. Furthermore, the experts conclude, "the catalogue is an inexhaustible source of biotechnological opportunities, as microorganisms contain a great genetic potential, useful for the exploration of new molecules and the optimisation of biotechnological processes that could make life easier for humans".