Not all biodegradable plastic degrades more easily in the big blue

According to a new study, the plastic used for disposable plates, cups and cutlery is not more sensitive to photodegradation in the sea, nor is it preferentially ingested by microorganisms capable of degrading plastic. 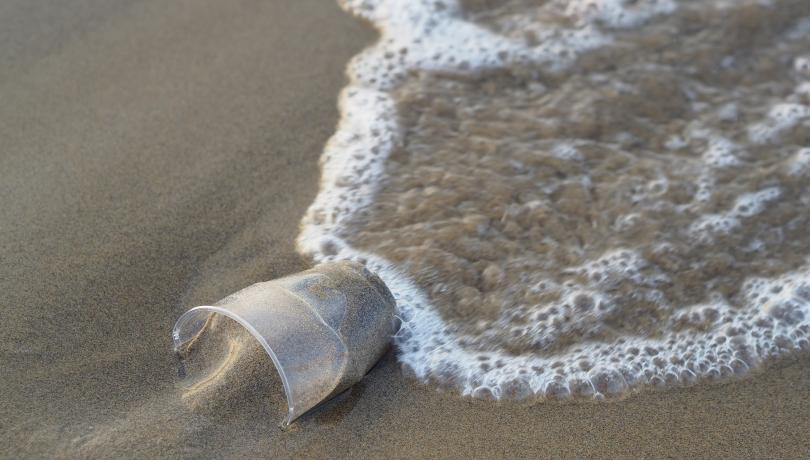 Just because plastic is biodegradable does not mean that it will degrade in all conditions / Pixabay.

A new study led by the Institut de Ciències del Mar (ICM-CSIC) in Barcelona, in which the Instituto de Investigaciones Mariñas (IIM-CSIC) in Vigo has also participated, has revealed that PLA plastic, of biological and biodegradable origin, does not degrade in the marine environment any faster than plastics that come from petroleum, such as polystyrene, polyethylene or polystyrene.

PLA plastic is used to produce single-use cups, plates and cutlery, among others. Previous studies had proven that this type of plastic does not biodegrade below 60°C, conditions that do not occur in the ocean, although experts had hoped that it would be more sensitive to photodegradation -caused by sunlight- and that the resulting degradation products would be more easily degraded by marine bacteria, but this is not the case.

"The fact that plastic is biodegradable does not mean that it degrades under all conditions. For example, compostable plastic needs temperatures of more than 50ºC to be biodegraded, and this does not occur in the ocean or in many other natural environments," explains Cristina Romera-Castillo, a researcher at the ICM-CSIC and one of the authors of the study, which has been published recently in the journal Marine Environmental Research.

To carry out this work, researchers exposed different types of plastic to the temperature and solar radiation conditions of the ocean and analysed the organic carbon released as a result of their degradation. They also measured the ability of marine bacteria to degrade this carbon.

Thus, they found that biodegradable PLA plastic releases no more carbon than petroleum-derived plastic, and that marine bacteria are equally or less efficient at degrading PLA photodegradation products than, for example, polystyrene.

On the other hand, laboratory experiments revealed that old plastic pollutes much more than new plastic. Specifically, the results show that plastic thrown into the sea would be releasing 57,000 tonnes of dissolved organic carbon each year, more than twice the amount suggested by previous studies using new plastic fragments.

"This is because plastic loses the additives that protect it from degradation as a result of the impact of sunlight and erosion, leading to a greater release of chemical compounds into the water, either from the polymer itself or additives, which give the plastic its shape, colour, flexibility and other properties", details Romera Castillo.

All this is reflected in another study recently published in the journal Frontiers of Marine Science, in which the authors warn of the impact this could have on both the marine ecosystem and the carbon cycle, since the organic carbon released by plastic is the same carbon that sustains marine bacteria, located at the base of the marine food chain.

The good news is that, from what Romera-Castillo and her team have been able to prove, these bacteria are capable of degrading some of the compounds released by plastic, which is helping to mitigate the impact they can have on the ecosystem.

"The compounds released by plastic could be resistant to degradation and accumulate in the ocean, but we have seen that at least some of them can be used by bacteria," points out Marta Sebastián, a researcher at the ICM-CSIC and one of the authors of the study.

In fact, for future studies, researchers will try to delve deeper into this last aspect to see if marine bacteria could be used to bioremediate or recover other environments contaminated by plastic.

This research has been carried out within the framework of the PLASMAR projects of the ComFuturo Programme of the FGCSIC and the COLPLAI project of the National Plan for Young Researchers.