The other side of viruses 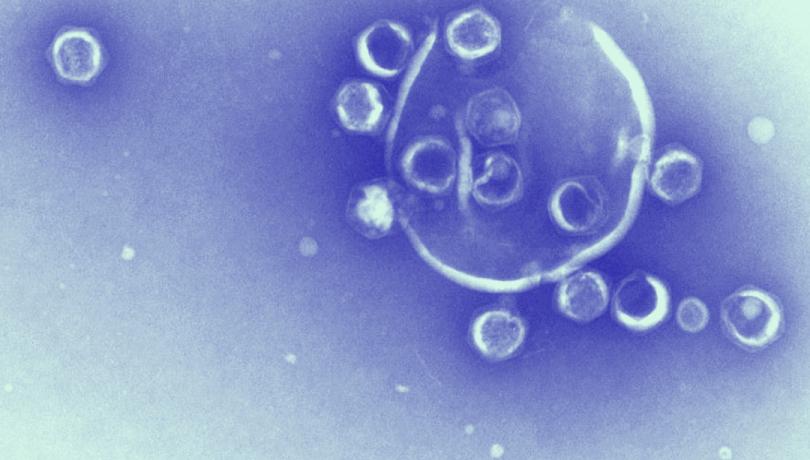 Viruses are the most abundant biological units on earth / Yaiza M. Castillo

In 1892, the Russian biologist Dmitri Ivanovsky described a non-bacterial pathogen that infected tobacco plants. He did not know it, but he had just discovered a new biological entity: viruses. These infectious agents are still a conundrum for scientists. It is not even known if they are alive or not, since they do not have their own metabolism and they need cells (prokaryotes and eukaryotes) to be able to reproduce. They could therefore be defined as ‘obligate parasites’.

What completely well known is that viruses are the most abundant biological units on earth. In total, it is estimated that there are 10^31 viruses inhabiting the planet, a number that far exceeds the number of stars (10^24) in the observable universe. To illustrate this, it is said that, placed side by side, viruses could form a chain of about 10 million light years.

These biological entities are part of the ocean microbiome, which plays an essential role in the planet's primary production and oxygen generation, biogeochemical cycles, the biological pump and the basis of trophic networks. Specifically, viruses play a fundamental role in the dynamics and composition of the marine microbiome by infecting and breaking down cells from other marine microorganisms, which helps to release nutrients to the marine environment that will be used by other microorganisms. This is known as the "viral shunt" and causes not all the nutrients to pass to higher levels of the trophic chain, but some remain in suspension feeding both autotrophic and heterotrophic microorganisms.

However, the role played by viruses in the ocean does not end here, since for at least a couple of decades it has been speculated that they could also be part of the diet of protists, a group in the marine microbiome very important ecologically.

In the 1990s, those who proposed this process argued that the intake of viruses by protists is relatively low (4%) compared to the intake of bacteria, their main food. It could be said that viruses act as the ideal 'snack' by providing protists with an important supplement of carbon, nitrogen and phosphorus. According to the scientists, this process could have important effects on the functioning of the marine ecosystem, since while protists ingest viruses, they remove these infectious agents from the environment.

A recently published study involving researchers from the ICM and other research centers has delved a bit more into this question and has been able to verify, using modern molecular techniques and bioinformatic analysis, that this controversial theory is likely to be true.

To carry out the study, the authors isolated cells of small marine protists and sequenced part of their genomes. Thanks to this, they identified DNA from bacterial viruses (bacteriophages) along with other viruses. The viral DNA sequences found by scientists were identical in very different protist lineages, suggesting that these viruses are not infectious for them since normally different groups of organisms have associated specific viruses.

Although this viral DNA could have reached the protists through the ingestion of infected bacteria, the authors of the work did not find signs of bacterial DNA that corresponded to that of the viruses found. This makes them think that it is most likely that these viruses detected in protists had been eaten.

If this hypothesis is confirmed, viruses would not only act as the agents responsible for the "viral shunt" by killing microorganisms but, when eaten, they could play a relevant role in transferring organic carbon and other nutrients to higher trophic levels. In this scenario, at least at sea, viruses would not only snuff out life, but they could also fuel and sustain it, which would significantly change our view of them.

This text belongs to the 'In depth' section of the ICM newsletter. Subscribe here.